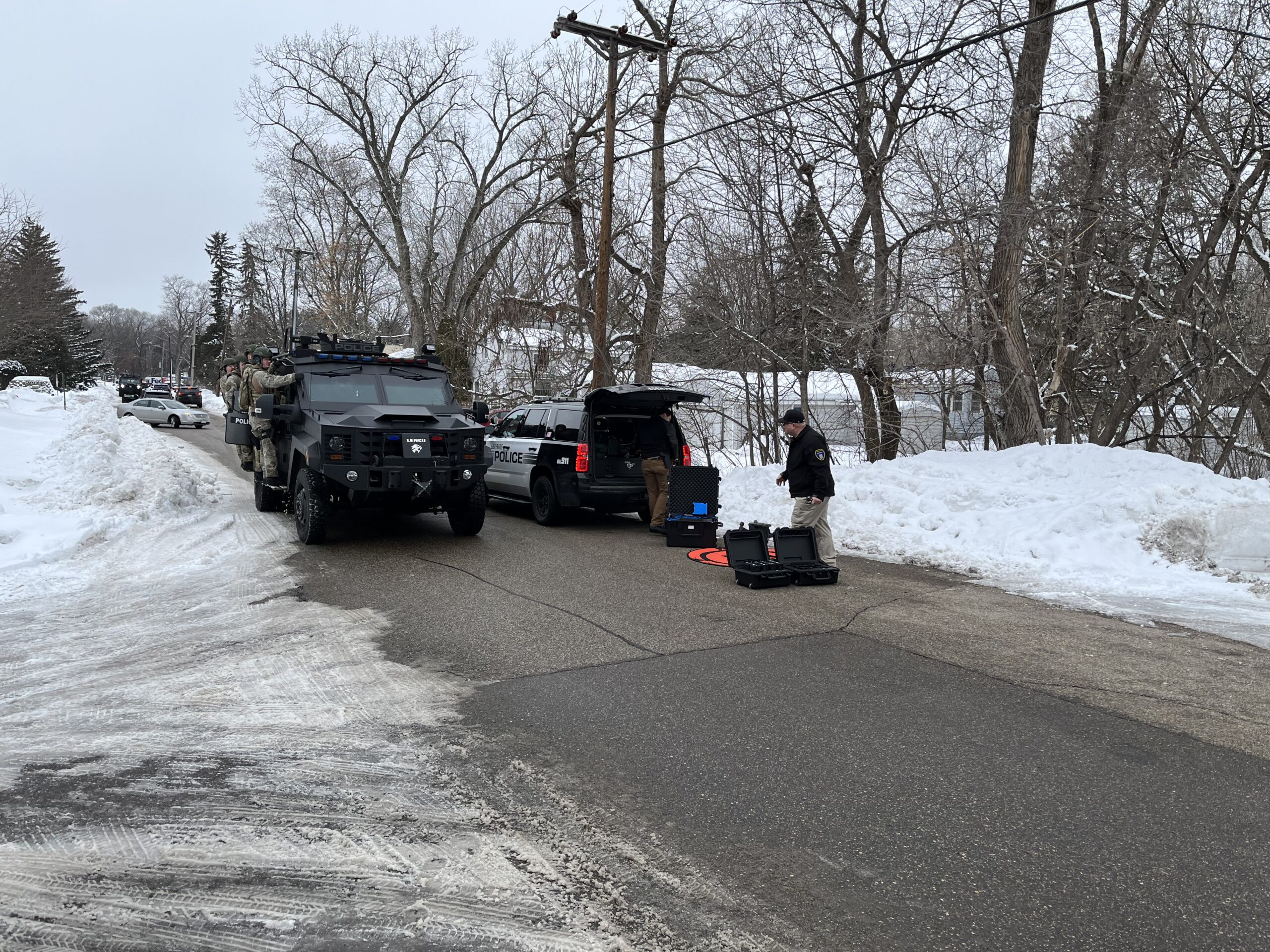 Police respond to reports of shots fired in Minnetonka (KSTP).

Police have arrested a man suspected of firing several shots out of his Minnetonka apartment sometime midday Saturday.

A City of Minnetonka spokesperson said police responded to reports of shots fired from an apartment on the 10,000 block of 34th Street West just before 11:30 a.m. Investigators believe about 30-40 shots were fired, but the exact number is not known.

Police arrived and began to speak to the man believed to fire the shots, but he had barricaded himself inside the apartment unit. The apartment building was then evacuated as negotiations continued.

The man, identified by police as Matthew David Guertin, was reportedly arrested without incident after he surrendered to police just before 1 p.m.

Editor’s Note: The location of this incident was initially reported by a Minnetonka city official as the 3200 block of Oak Ridge Road. It has been updated to reflect new information provided by the city.