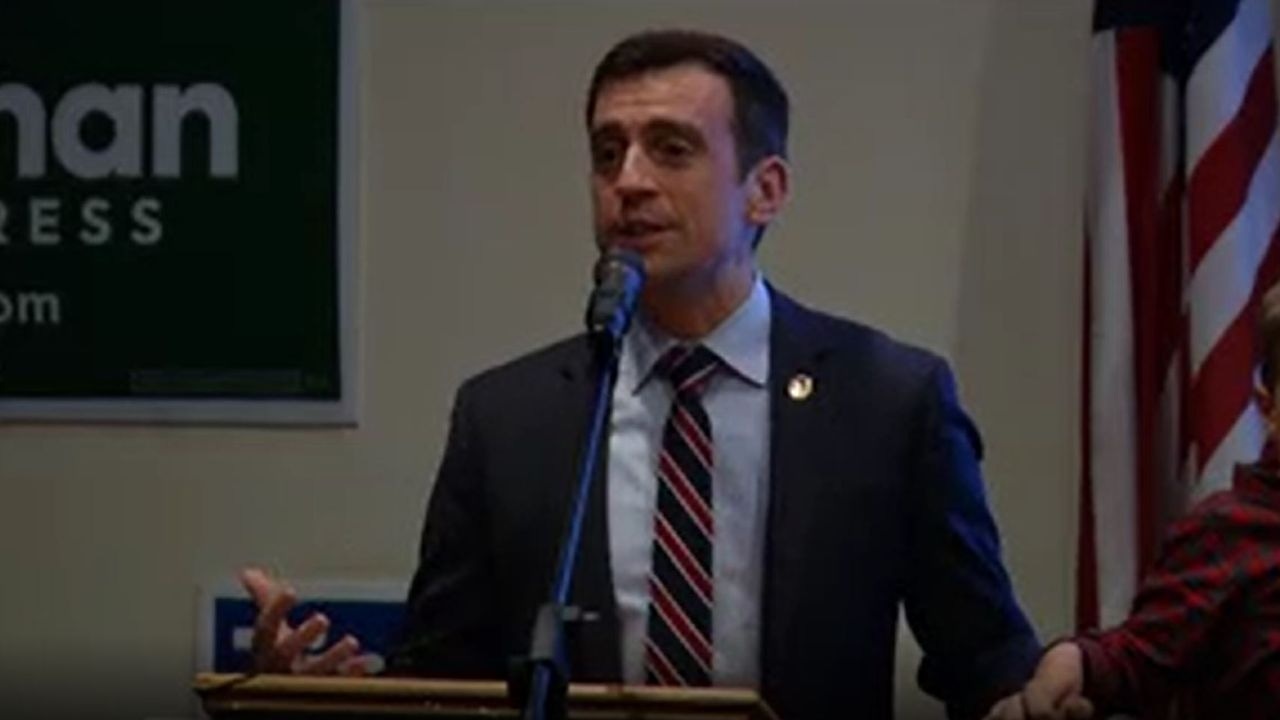 A file photo of Dan Feehan giving a speech during the 2020 race. (KSTP-TV)

Dan Feehan, a DFL challenger in Minnesota’s 2020 First Congressional District race, announced Tuesday he does not have plans to run in the special or general elections for the seat.

Feehan issued the following statement on social media regarding his decision not to run in the special election or general election:

Over the last week Amy and I have received overwhelming encouragement for me to run in the 2022 special and general elections to represent Minnesota’s 1st District in Congress. After weighing things carefully, I’ve decided that I will not run in either race. I’m immensely proud of our 2018 and 2020 campaigns to put the people of Southern Minnesota first, coming incredibly close twice over. At the same time, my family has made incredible sacrifices in the pursuit of the chance to serve our community. In 2022, I owe a wise eleven year old, an imaginative eight year old, a joyful two year old, and an amazing partner my time and my presence.

I have lived my life in service to this country and while I still have a deep passion and sense of purpose to serve Minnesota in elected office in the future, this opportunity will not be it. In 2022, I’m eager to help the CD1 DFL nominee and share any wisdom we’ve gained along the way.

I’ll proudly see you around Mankato and throughout the state as I will be helping candidates up and down the ballot who will represent by putting people first and who will strengthen the institutions of our Republic, not tear them down.