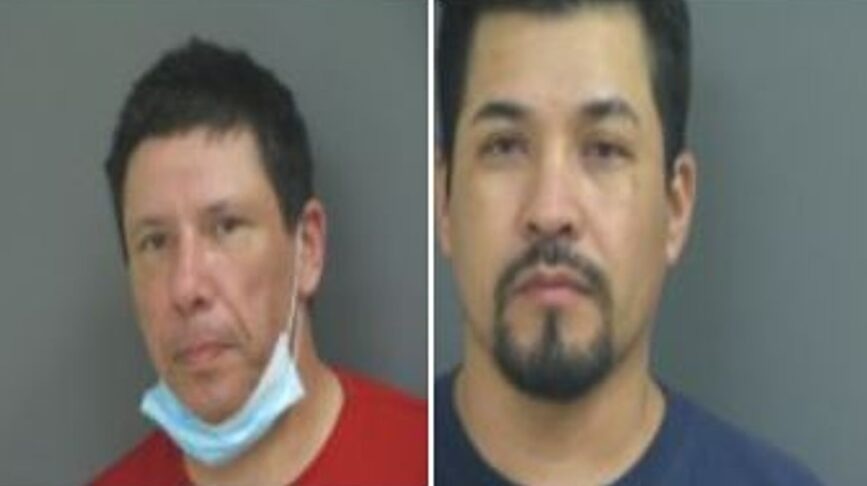 Authorities say two men are in custody for having multiple pounds of methamphetamine in their possession.

According to the Wabasha County Sheriff’s Office, 46-year-old Michael Jerald Mattison left his vehicle on a county road, and arrived at the county’s Criminal Justice Center Tuesday to get his vehicle back, several days after the vehicle was left on the road.

At that time, officials say Mattison was unaware his vehicle had been searched since it was left in the county’s custody and was under a warrant.

During the search, 4.96 pounds of meth, as well as about $1,800 in cash, were found by law enforcement agencies, as well as members of the Southeast Minnesota Violent Crime Enforcement Team.

When Mattison took possession of the vehicle, he was then arrested. He is currently charged with two counts of first-degree controlled substance crime, and is being held on a $200,000 bail.

Authorities say Mattison admitted the meth inside the vehicle was his in a mirandized statement, and that he planned on selling it.

Hernandez-Mozqueda was arrested after the sheriff’s office was told by police at Minneapolis-St. Paul Airport they had intercepted a package with more than two pounds of meth, and was addressed to his Plainview home.

A search of the home was done, and authorities found more than 1.5 pounds of meth inside, several thousand dollars of cash, and a pistol.

Karrie Kelly, the Wabasha County attorney, says the amount of meth being found is surprising.

“What is alarming is not just the large quantities of meth, but also the frequency. This is the second case (Mattison’s) my office has charged in just the past few months involving multiple pounds of methamphetamine,” Kelly said in a statement.