2 taken to hospital after crash in north Minneapolis

Two people were taken to the hospital after a crash in north Minneapolis Sunday afternoon.

Police said the crash occurred just before 2:45 p.m. in the area of 49th Street and Bryant Avenue North.

When first responders arrived, they found a vehicle that was on fire. Two men had to be extricated from the vehicle.

Police say both men were taken to North Memorial Medical Center in "serious and critical condition." However, both are expected to survive their injuries.

"I went back to the guy, trying to hold him in," David Boyd, who was at the scene when the crash happened, said. "The other person was pinned in there. I waited until the fire truck came and basically passed it over to them." 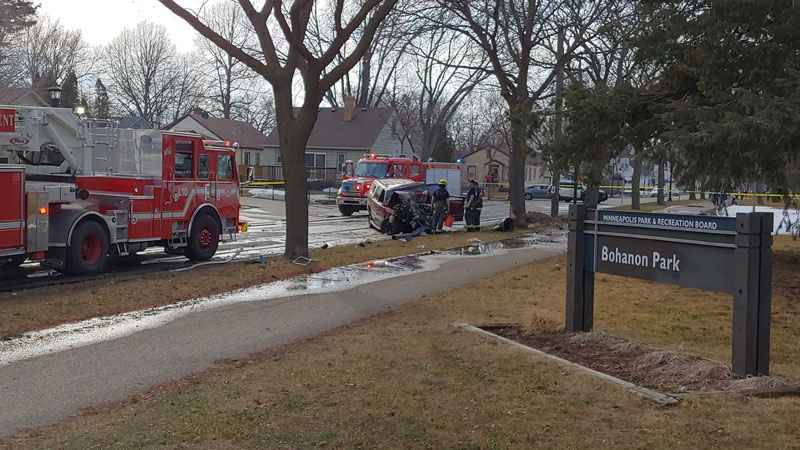 The crash and what may have led up to it are under investigation.