2 taken to hospital after 4-vehicle crash on I-94 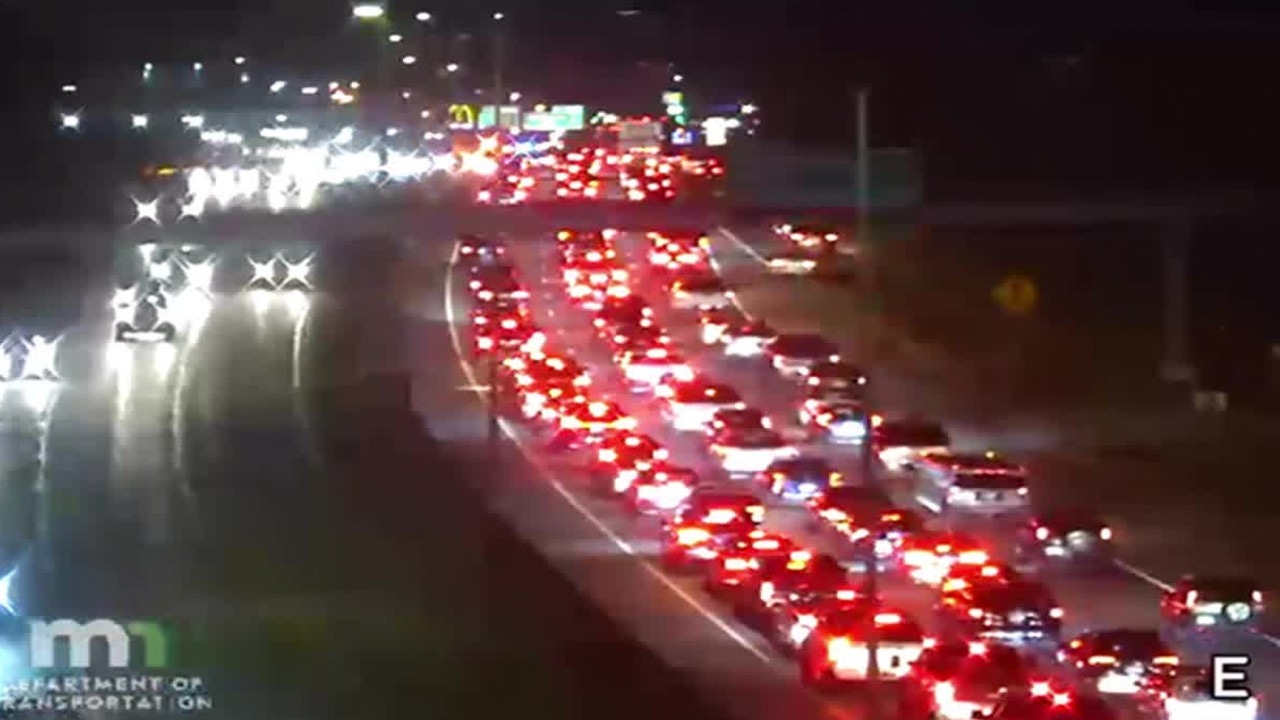 This image from a Minnesota Department of Transportation traffic camera shows traffic backed up on eastbound I-94 near White Bear Lake Avenue on Oct. 22, 2022, as authorities responded to a four-vehicle crash. (MnDOT)

Two people were taken to a hospital after a four-vehicle crash on Interstate 94 in St. Paul on Saturday night.

The crash happened just before 7 p.m. in the eastbound lanes of I-94 at White Bear Lake Avenue, the Minnesota State Patrol says.

Authorities found four vehicles involved in the crash, and two occupants were taken to Regions Hospital for treatment of injuries that weren’t considered life-threatening.

Traffic was backed up in the eastbound lanes for about an hour before the scene was cleared.

The cause of the crash remains under investigation.