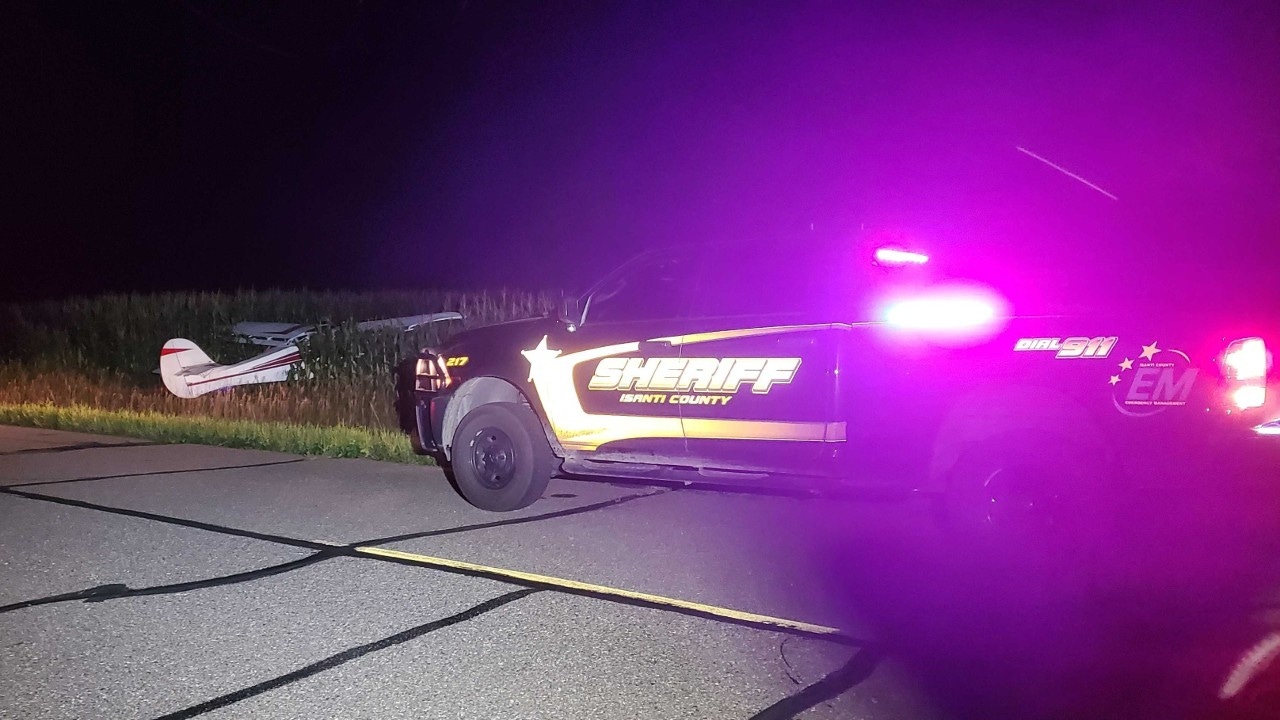 An Isanti County Sheriff's Office squad car is at the scene where an ultralight aircraft made an emergency landing Tuesday night in Bradford Township. (Erik Rognerud/KSTP)

Isanti County officials say no one was hurt after a plane made an emergency landing Tuesday night in Bradford Township, southwest of Cambridge, Minnesota.

Dispatchers learned a small airplane was having engine trouble and went down just after 8 p.m. in a cornfield near 309th Avenue Northwest and Holly Street Northwest, according to Capt. John Elder with the Isanti County Sheriff’s Office.

A Life Link helicopter was dispatched overhead to give updates to crews on the ground.

The two occupants were seen getting out of the plane, which had landed upright in the field, “albeit very roughly,” Elder said.

The sheriff’s office said a Cessna ultralight aircraft had taken off from the Cambridge Municipal Airport and started experiencing issues shortly thereafter. The 40-year-old pilot, whose 18-year-old daughter was on board, started to circle back to land, but the plane lost all power, forcing him to try setting the plane down in the cornfield.

Both occupants were checked for injuries and were released from the scene.

“Strong thinking on that pilot’s part. We’re grateful that this wasn’t a much more serious incident,” Elder said.

The Isanti County Sheriff’s Office is working with the Federal Aviation Administration and the National Transportation Safety Board to investigate the crash.