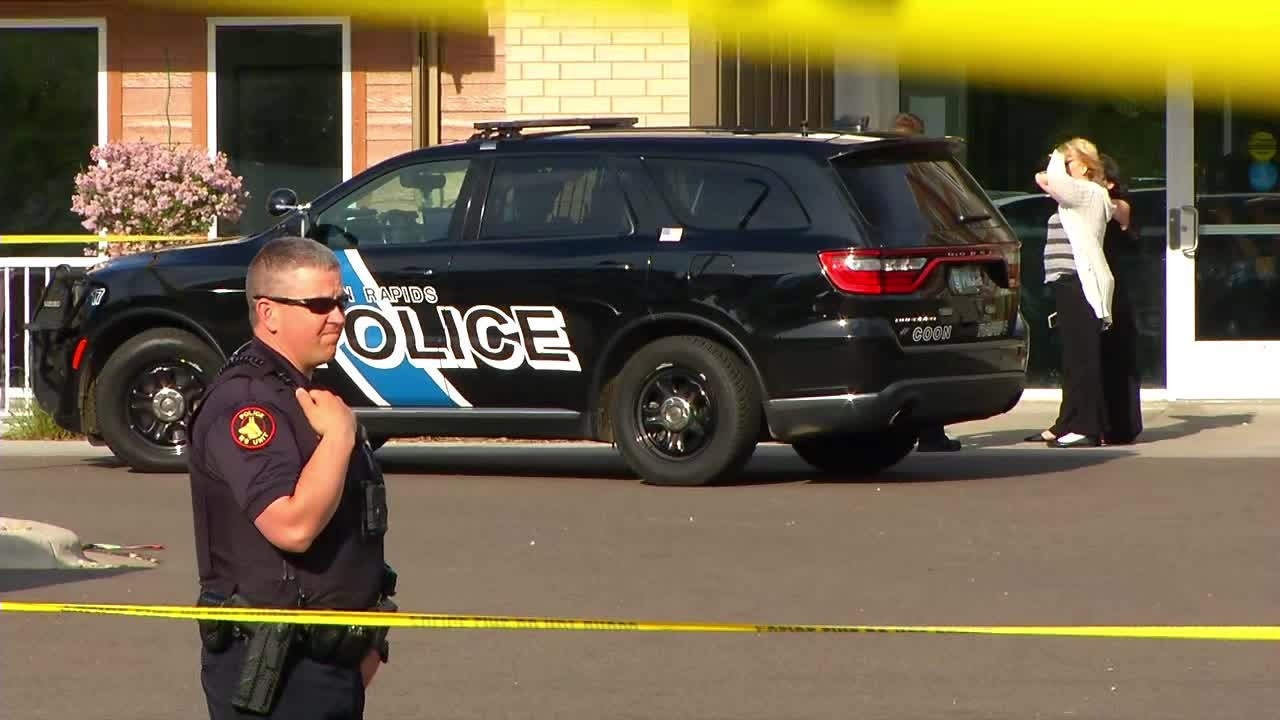 A Coon Rapids police officer stands outside an apartment building where authorities were investigating a fatal shooting Monday, June 6, 2022. (KSTP)

The two people who died after a shooting Monday at a Coon Rapids apartment complex have been identified.

Authorities say a man was taken into custody but has since been released pending further investigation.

According to the sheriff’s office, the shooting happened shortly before 4:50 p.m. near 94th Avenue Northwest and Springbrook Drive.

Three men had apparently gotten into an argument, which led to the shooting.

One of the victims was pronounced dead at the scene and another was taken to the hospital, where he was later declared dead. The third man had minor injuries, the sheriff’s office said.