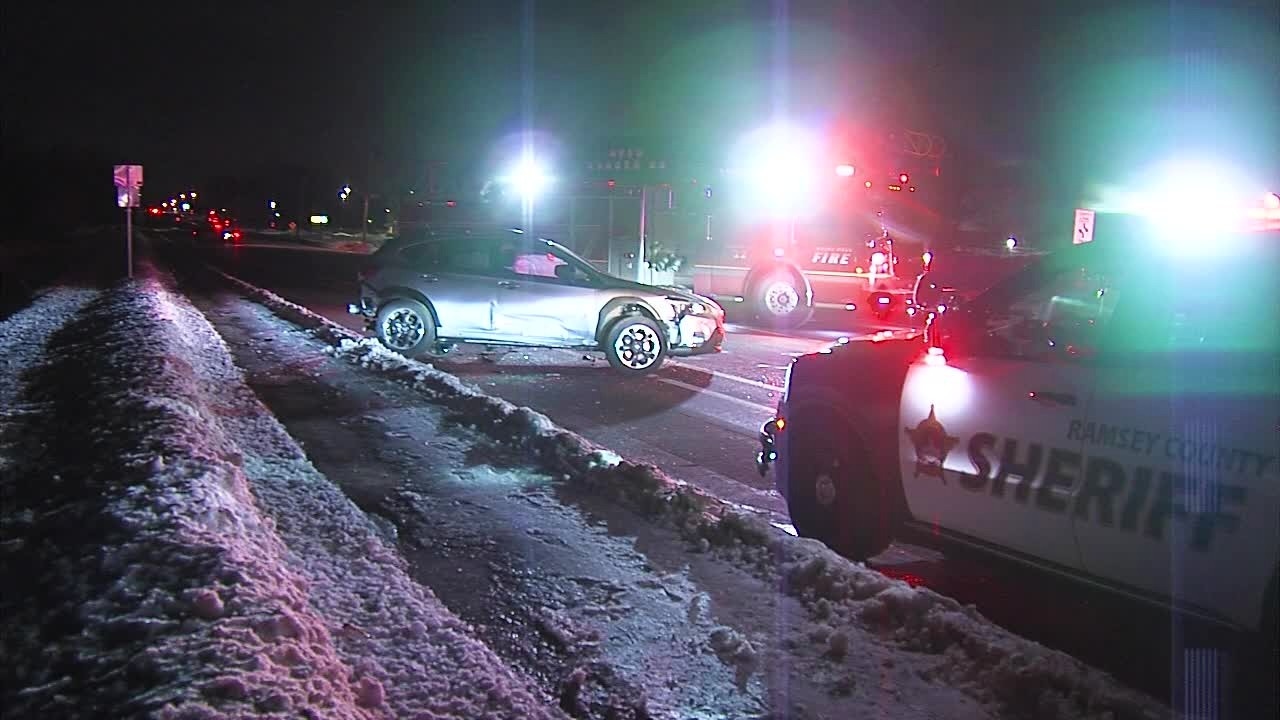 Ramsey County deputies at the scene of a crash ended a pursuit near Larpenteur Avenue West and Western Avenue North on Jan. 18, 2023. (KSTP-TV)

The Ramsey County Sheriff’s Office says deputies tried to stop a stolen vehicle at around 2:16 a.m. but the driver took off and deputies pursued.

Eventually, stop sticks were deployed and a pursuit intervention technique was used to stop the vehicle near Larpenteur Avenue West and Western Avenue North.

Authorities say the juvenile male driver was arrested, as was a female passenger.