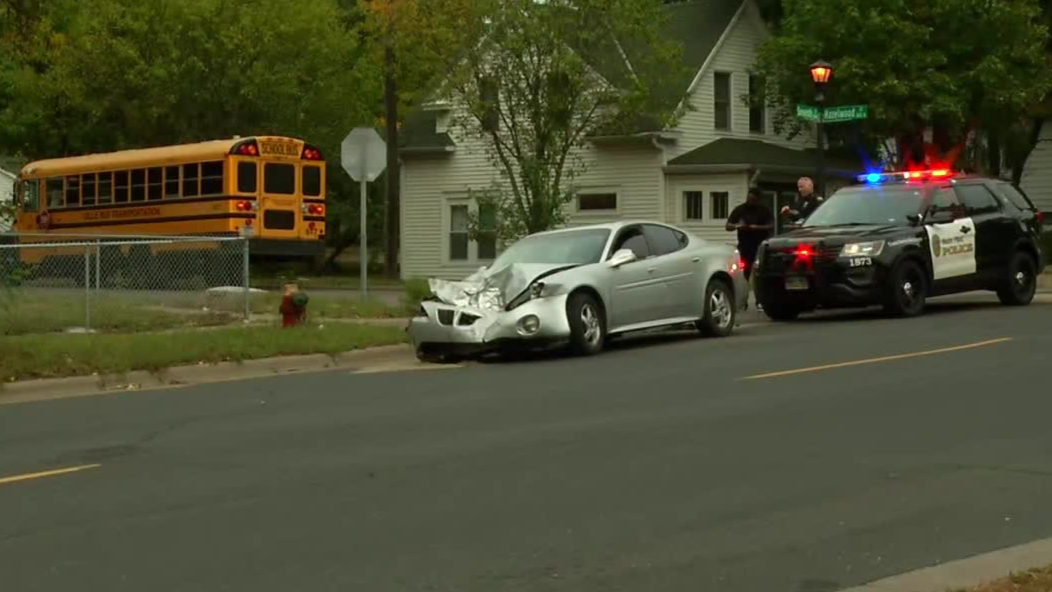 One person is in the hospital after a car and a school bus carrying 12 children crashed Tuesday afternoon at an intersection in St. Paul’s Greater East Side, according to St. Paul police.

Police say officers went to the intersection of Hazelwood Street and Seventh Street East just before 3:30 p.m. Tuesday for a report of an injury accident.

A 5 EYEWITNESS NEWS photographer at the scene saw police attending to a school bus from Bille Bus Transportation and a heavily damaged car. Photos from the scene can be found below.

Responders took the car’s driver to Regions Hospital for treatment of unspecified injuries.

The bus driver and 12 children were released, although one child was evaluated by medics after complaining of pain. Police did not describe the extent of the child’s possible injury.

Another person not in the car or bus was also mentioned in the crash report, but it is not clear how they were involved in the incident.

At this time, police have not said what caused the crash. 5 EYEWITNESS NEWS is working to learn more from police.

Editor’s note: A previous version of this story previously said the bus had 11 students on board. Police later clarified that 11 students were uninjured and one other student complained of pain.