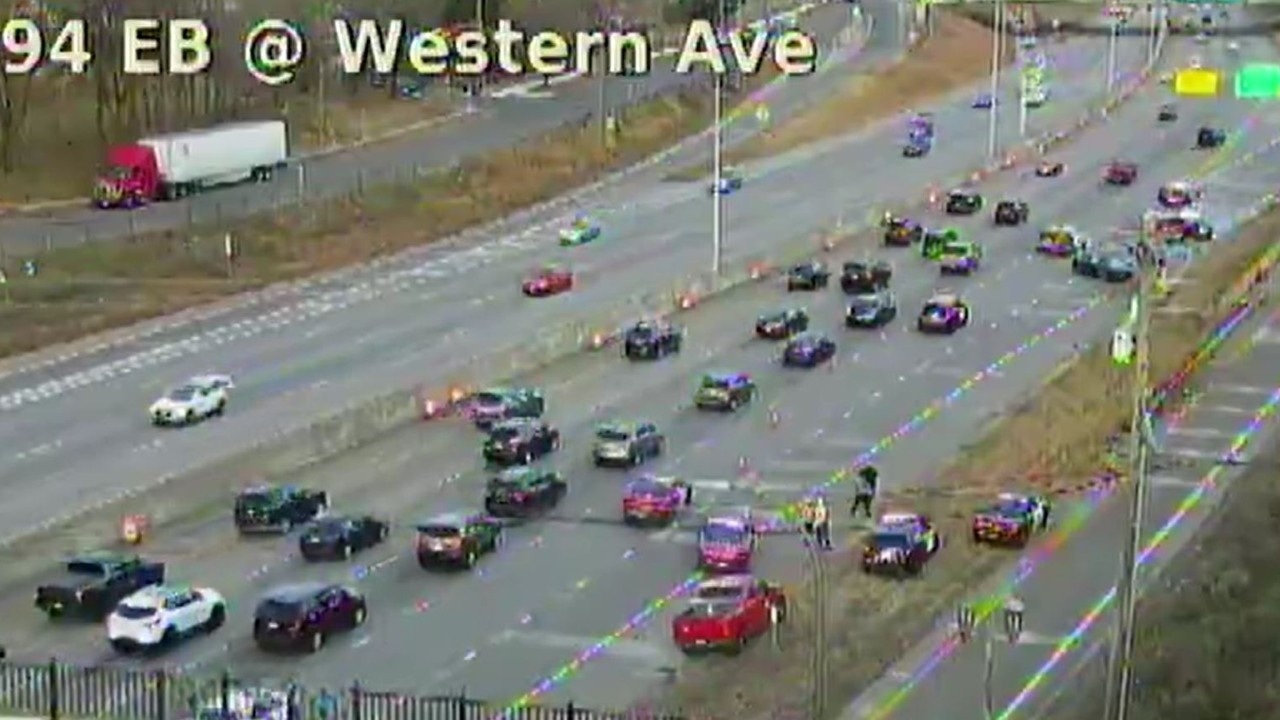 Police at the scene of a crash following a shooting in St. Paul on Wednesday, Nov. 2, 2022. Credit: MnDOT

St. Paul police say one person is in the hospital for injuries that are considered to be life-threatening.

According to officers, a report of a shooting was made Wednesday in the area of Dale Street and Concordia Avenue at around 4:45 p.m.

Police say witnesses told them shots were fired from a silver-colored Ford sedan toward a blue or purple Dodge Charger.

Shortly after the shooting was reported, the Dodge Charger crashed and rolled at the Fifth Street exit from eastbound Interstate 94.

First responders found the driver had been shot multiple times and brought the victim to Regions Hospital.

No other vehicles were said to be involved in the crash.

Police haven’t provided any other details about the driver as of this publishing.

No arrests have been made, and no other injuries were reported to police.

While police say they found shooting evidence on the bridge at Dale and Concordia, they haven’t found the silver Ford sedan.

No information regarding the sedan, the vehicle’s driver, or the events that led up to the shooting were immediately available.