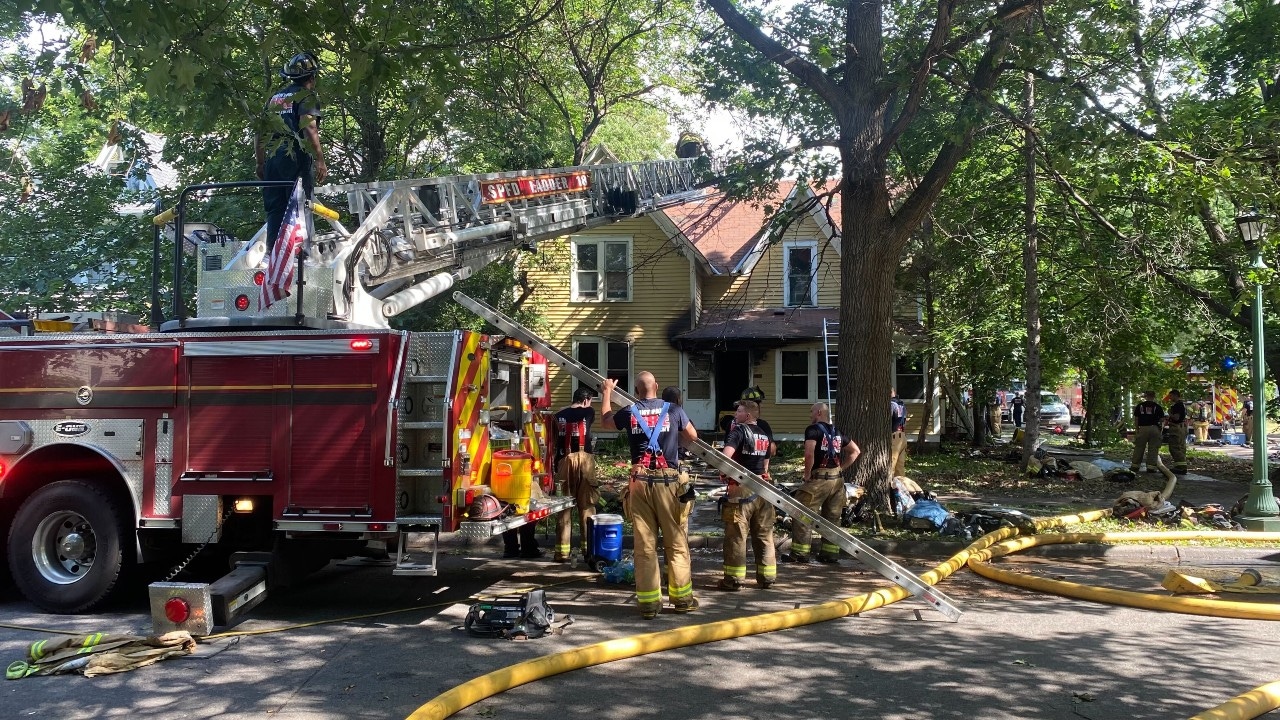 Firefighters at the scene of a fire in St. Paul's Union Park neighborhood on July 3, 2022. (Jeff Ernewein/KSTP)

One person died in a fire that required over 70 firefighters within a four-hour period in St. Paul’s Union Park neighborhood, the St. Paul Fire Department says.

The fire department was called to a home near Carroll Avenue and North Ferdinand Street at around 8:40 a.m. Sunday. There, crews found heavy smoke and flames coming from a two-story home.

According to the department, two people inside made it out on their own, but a third had to be rescued by firefighters. That person suffered serious injuries and died.

The death marks the city’s second fire fatality of the year.

Crews were at the scene for around four hours but were able to extinguish the fire, which started in the kitchen and is believed to have been accidental.

During their efforts, two firefighters suffered minor injuries, the department says. Additionally, a cat was found dead in the home.

The fire displaced four people, and the Red Cross was contacted to help those victims.