Official: Iran to enrich uranium to highest level ever 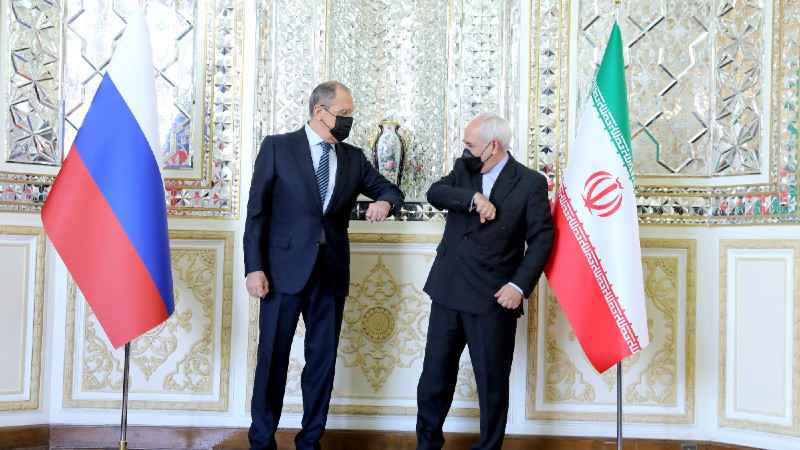 An Iranian nuclear negotiator says Tehran will begin enriching uranium to 60% purity after an attack on its Natanz nuclear facility, higher than the program ever has before.

He was quoted by the state-run IRNA news agency.

Iran had been enriching up to 20%. That is a short technical step to weapons-grade levels.

The International Atomic Energy Agency did not immediately respond to a request for comment.

Press TV, the Iranian state television’s English-language arm, separately said that the IAEA had been informed of the move. It said the enrichment would begin as of Wednesday.

The broadcaster also quoted the negotiator as saying Iran would introduce another 1,000 centrifuges at Natanz, without elaborating.

Those talks are aimed at finding a way for the United States to re-enter the agreement, the goal of which is to limit Iran’s enrichment of uranium in exchange relief on sanctions.

The U.S. has insisted it had nothing to do with Sunday’s sabotage at the Natanz nuclear facility. Instead, Israel is widely believed to have carried out the assault that damaged centrifuges, though it has not claimed it. But Mohammad Javad Zarif still issued a warning to Washington.

Zarif separately renewed his earlier warning to Israel over the sabotage, saying that if Iran determines its archenemy was behind it, "then Israel will get its response and will see what a stupid thing it has done.”

Kayhan, the hard-line Tehran newspaper, urged Iran to "walk out of the Vienna talks, suspend all nuclear commitments, retaliate against Israel and identify and dismantle the domestic infiltration network behind the sabotage.”

“Despite evidence that shows the role of the U.S. as main instigator of nuclear sabotage against Iran, unfortunately some statesmen, by purging the U.S. of responsibility, (aid) Washington’s crimes against the people of Iran,” the paper said in Tuesday’s editions.

While Kayhan is a small-circulation newspaper, its editor-in-chief, Hossein Shariatmadari, was appointed by Supreme Leader Ayatollah Ali Khamenei and has been described as an adviser to him in the past.

Such a walkout remains unlikely as the administration of President Hassan Rouhani, whose main diplomatic achievement was the 2015 accord, hopes to get the U.S. to rejoin it and provide desperately needed sanctions relief. However, pressure does appear to be growing within Iran’s theocracy over how to respond to the attack.

The talks in Vienna — among Iran, world powers still in the deal and the U.S. — are aimed at reviving America’s role in the agreement that former President Donald Trump abandoned and lifting the sanctions he imposed. Iran, in turn, would return to the limits set by the deal and dilute its growing stockpile of uranium — some of which has been enriched up to a short step away from weapons-grade levels.

Iran insists its nuclear program is peaceful, though the West and the International Atomic Energy Agency say Tehran had an organized military nuclear program up until the end of 2003. However, the deal prevents it from having enough of a uranium stockpile to be able to pursue a nuclear weapon.

Rouhani met later Tuesday with Lavrov and stressed the importance of all parties returning to the deal. Russia is a member of the nuclear deal.

"We are neither ready to accept less than that, nor are we after achieving more than that,” he said.

Details remained scarce about what happened at Natanz. The event was initially described only as a blackout in the electrical grid feeding above-ground workshops and underground enrichment halls — but later Iranian officials began referring to it as an attack. Israeli media, which has close ties with the military and intelligence services of that country, have described the sabotage as a cyberattack, without offering evidence or sourcing to support that.

The extent of the damage at Natanz also remains unclear, though Iran’s Foreign Ministry said it damaged some of Iran’s first-generation IR-1 centrifuges, the workhorse of its nuclear program. A former Iranian Revolutionary Guard chief said Tuesday that the assault set off a fire while a civilian nuclear program spokesman mentioned a “possible minor explosion.”

In remarks aired late Monday by state television, the former head of the country’s civilian nuclear arm called the attack’s design “very beautiful.” It appeared to target both the power grid at Natanz, as well as the facility’s emergency backup power, Fereydoun Abbasi said.

Abbasi said a similar attack targeted Iran’s underground Fordo facility in 2012 with two explosions: one 30 kilometers (18.5 miles) away at a power station and the other at Fordo’s emergency battery system.

“We had predicted that, and we were using a separate power grid,” Abbasi said. "They hit but nothing happened for our machines.”