Navalny’s doctor: Putin critic ‘could die at any moment’ 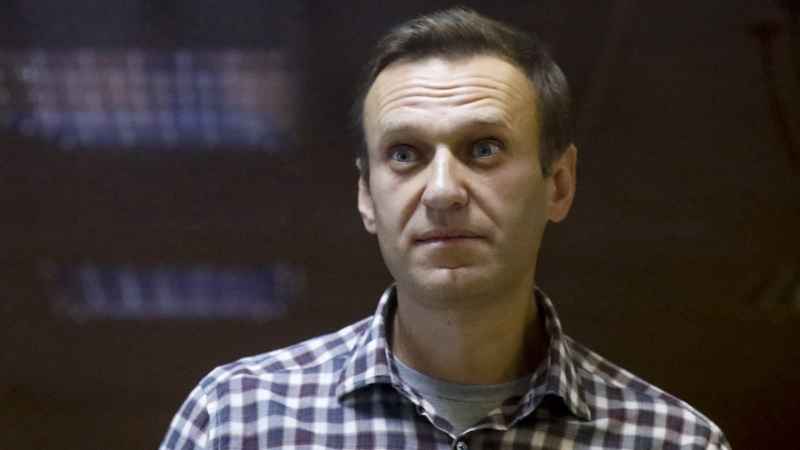 In this Saturday, Feb. 20, 2021 file photo, Russian opposition leader Alexei Navalny stands in a cage in the Babuskinsky District Court in Moscow, Russia. A doctor for imprisoned Russian opposition leader Alexei Navalny, who is in the third week of a hunger strike, said on Saturday April 17, 2021, his health is deteriorating rapidly and the 44-year-old Kremlin critic could be on the verge of death.[Alexander Zemlianichenko/Associated Press]

A doctor for imprisoned Russian opposition leader Alexei Navalny, who is in the third week of a hunger strike, says his health is deteriorating rapidly and the 44-year-old Kremlin critic could be on the verge of death.

Physician Yaroslav Ashikhmin said Saturday that test results he received from Navalny’s family show him with sharply elevated levels of potassium, which can bring on cardiac arrest, and heightened creatinine levels that indicate impaired kidneys.

Anastasia Vasilyeva, head of the Navalny-backed Alliance of Doctors union, said on Twitter that “action must be taken immediately.”

His personal physicians have not been allowed to see him in prison. He went on hunger strike to protest the refusal to let them visit when he began experiencing severe back pain and a loss of feeling in his legs. Russia’s state penitentiary service has said that Navalny is receiving all the medical help he needs.

Navalny was arrested on Jan. 17 when he returned to Russia from Germany, where had spent five months recovering from Soviet nerve-agent poisoning that he blames on the Kremlin. Russian officials have denied any involvement and even questioned whether Navalny was poisoned, which was confirmed by several European laboratories.

Asked about Navalny’s worsening condition, U.S. President Joe Biden told reporters Saturday: “It’s totally totally unfair and totally inappropriate. On the basis of having the poison and then on a hunger strike.”

Navalny was ordered to serve 2 1/2 years in prison on the grounds that his long recovery in Germany violated a suspended sentence he had been given for a fraud conviction in a case that Navalny says was politically motivated.