Kremlin: Putin’s offer of a call with Biden was to save ties 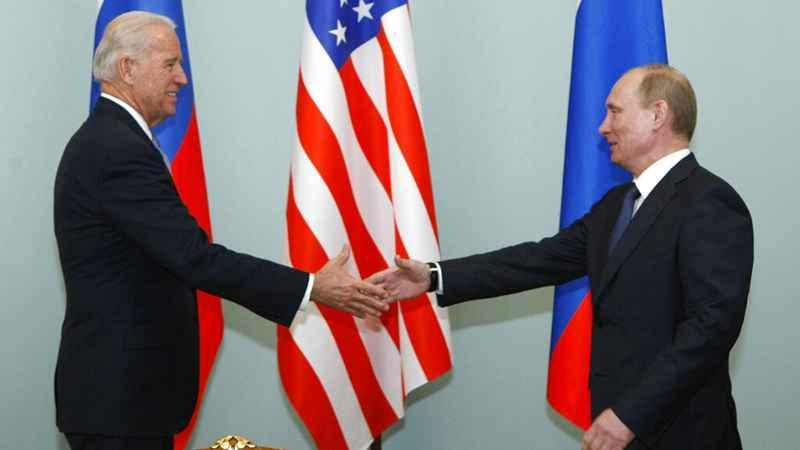 The Kremlin said Friday that President Vladimir Putin’s offer to speak by phone with U.S. President Joe Biden was intended to prevent bilateral ties from completely falling apart over the American’s remark that the Russian leader was a killer.

Putin made it clear that "it makes sense to have a talk to maintain Russia-U.S. relations instead of trading barbs," and he wanted to make it public to help defuse tensions over Biden’s "very bad remarks," said his spokesman, Dmitry Peskov.

Asked by reporters Friday if he’ll take Putin up on his offer to have a call, Biden said, "I’m sure we’ll talk at some point."

In an interview broadcast Wednesday, Biden replied "I do" when asked if he thought Putin was a "killer." Russia responded by recalling its ambassador in Washington for consultations and Putin on Thursday pointed at the U.S. history of slavery, slaughtering Native Americans and the atomic bombing of Japan in World War II in an "it-takes-one-to-know-one" response.

At the same time, Putin noted that Russia would still cooperate with the United States where and when it supports Moscow’s interests, adding that "a lot of honest and decent people in the U.S. want to have peace and friendship with Russia."

He proposed the phone call with Biden in the next few days to discuss the coronavirus pandemic, regional conflicts and other issues, and he suggested that the conversation be open to the public.

Peskov said Putin’s offer to make the call public was intended to prevent Biden’s statement from inflicting irreparable damage to the already-frayed ties.

"Since Biden’s words were quite unprecedented, unprecedented formats can’t be excluded," Peskov said. "President Putin proposed to discuss the situation openly because it would be interesting for the people of both countries."

Peskov said the Kremlin hasn’t heard back from the White House on the offer of a call, adding that it wasn’t going to repeat the proposal.

"The request has been made," he said in a conference call with reporters. "The lack of response would mean a refusal to have a conversation."

Calls between heads of states are normally conducted out of the public eye, but in one exception last June, the opening part of Putin’s video call with French President Emmanuel Macron was televised.

In taking a tough stance on Russia, Biden has said the days of the U.S. "rolling over" to Putin are done. And he has taken pains to contrast his style with the approach of former President Donald Trump, who avoided direct confrontation with Putin and frequently spoke about him with approval.

White House press secretary Jen Psaki said Biden would continue to look to cooperate on efforts to stem Iran’s nuclear program and, more broadly, nuclear nonproliferation. But she said Biden did not regret referring to Putin as a killer and pushed back against suggestions the rhetoric was unhelpful.

Russia’s relations with the United States and the European Union already had plunged to post-Cold War lows after Moscow’s 2014 annexation of Ukraine’s Crimean Peninsula, meddling in elections, hacking attacks and, most recently, the jailing of Russia’s opposition leader Alexei Navalny after his poisoning, which he blamed on the Kremlin. Russian authorities rejected the accusations.

Dmitri Trenin, director of the Carnegie Moscow Center, forecast that the Russia-U.S. ties will remain bitterly strained in the coming years and spoke about the need to focus on preventing any military incidents between them.

"The most important thing in relations with the U.S. for a foreseeable perspective is to avoid an inadvertent military conflict," Trenin said in a commentary, adding that Moscow and Washington have the necessary communications channels. "It’s necessary to prevent possible incidents between the armed forces of Russia, the U.S. and its allies, their aircraft and ships, or if they still happen, settle them immediately."

On Wednesday, the U.S. national intelligence director’s office released a report finding that Putin authorized influence operations to help Trump’s reelection bid. The Biden administration warned that Russia would face sanctions soon over its attempt to influence the election and the massive SolarWinds hacks.

Turkish President Recep Tayyip Erdogan weighed in the controversy, saying Biden’s statement about Putin was "unbecoming of a head of state."

"It really is not acceptable or palatable for a head of state to use such an expression against the head of a state such as Russia," Erdogan told reporters in Istanbul. He praised Putin’s response as "very astute and elegant."

Erdogan’s comments came as Turkey’s efforts toward a reset of its troubled relations with the U.S. remain unanswered. Since Biden’s inauguration in January, he has not held a telephone call with Erdogan.