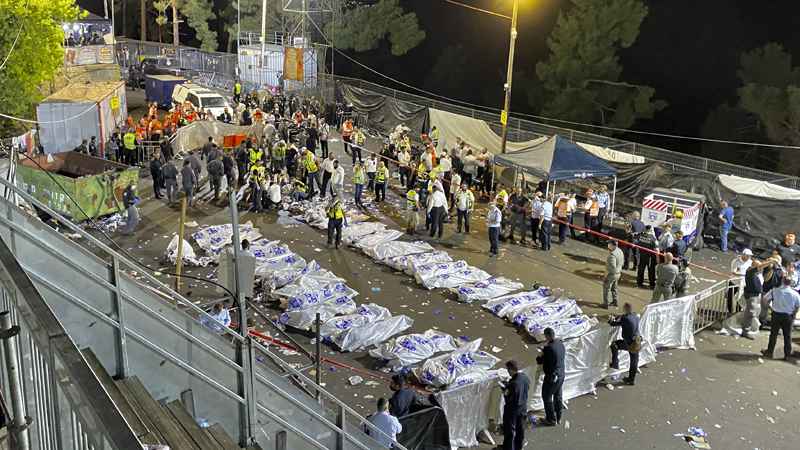 Israeli security officials and rescuers stand around the bodies of victims who died during a Lag Ba'Omer celebrations at Mt. Meron in northern Israel, Friday, April 30, 2021. The director of an Israeli ambulance service has confirmed that nearly 40 people died in a stampede at a religious festival in northern Israel.

An Israeli rescue service says a total of 44 people have been killed in a stampede at a religious festival in northern Israel.

Motti Bukchin, spokesman for the Zaka ambulance service, confirmed the death toll in an interview on Channel 12 TV early Friday.

The stamped occurred at celebrations for Lag BaOmer. Tens of thousands of people, mostly ultra-Orthodox Jews, gather each year at Israel’s Mount Meron, to honor Rabbi Shimon Bar Yochai, a 2nd century sage and mystic who is buried there. Large crowds traditionally light bonfires, pray and dance as part of the celebrations.