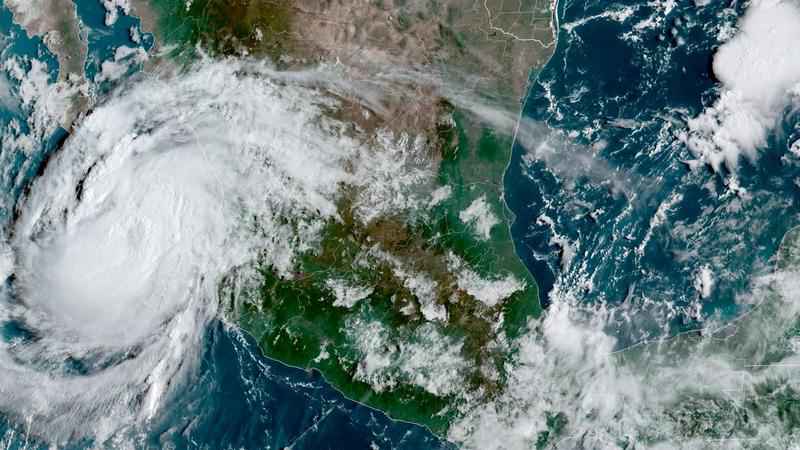 This satellite image provided by the National Oceanic and Atmospheric Administration shows Hurricane Olaf on the Pacific coast of Mexico approaching the Los Cabos resort region at the tip of the Baja California Peninsula, Thursday, Sept. 9, 2021.[NOAA/NESDIS/STAR GOES via AP]

Hurricane Olaf was heading toward a strike on the Los Cabos resort region at the tip of Mexico’s Baja California Peninsula on Thursday. As the storm approached, authorities closed ports in the area, prepared temporary shelters and urged people to monitor public announcements.

The U.S. National Hurricane Center said the area could see hurricane-force winds and very heavy rain on Thursday afternoon and into the night.

The resorts would normally be full of tourists, but with the COVID-19 pandemic, hotels were only at about one-third of their capacity.

The hurricane was centered about 80 miles (130 kilometers) southeast of Cabo San Lucas early Thursday afternoon with maximum sustained winds of 90 mph (150 kph). It was advancing to the north-northwest at 10 mph (17 kph).

The Hurricane Center said Olaf is likely to strengthen as it nears the coast.

The hurricane was expected to bring 5 to 10 inches (12.7 to 25.4 centimeters) of rain to the southern part of the peninsula, with up to 15 inches (38 centimeters) in isolated spots, creating the danger of flash floods and mudslides.