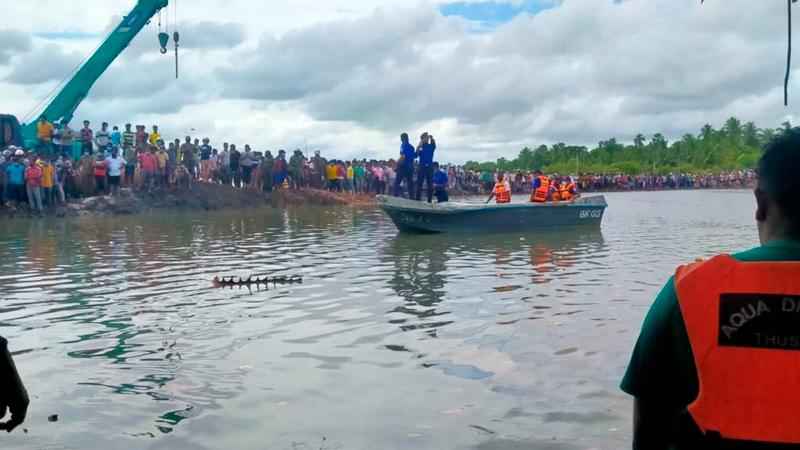 Twenty people have been rescued but it is not certain how many people were on the ferry, police spokesperson Nihal Talduwa said.

Four children were among the dead and another child is in intensive care, Talduwa said.

Navy divers have suspended rescue efforts after searching the area of the lagoon where the rudimentary vessel overturned, the spokesperson told The Associated Press, but will remain on standby.

It was not immediately known what caused the ferry to capsize.

The ferry was traveling from Kurinchakeni to the town of Kinniya along the country’s eastern coast and about 260 kilometers (160 miles) northeast of the capital, Colombo.

Ferry accidents are relatively rare in Sri Lanka because many locations are now connected by bridges.

However, the bridge that connects the two towns has been closed for repairs, forcing people to use rudimentary vessels to cross the river, said Naazik Majeed, a social activist in Kinniya.