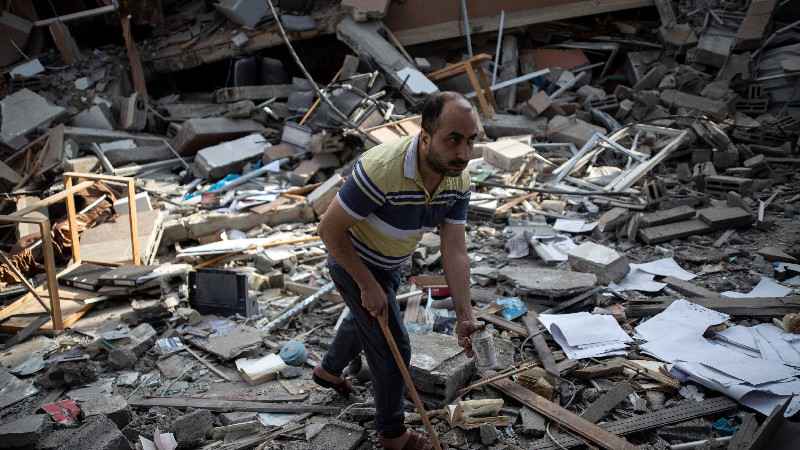 A Palestinian man inspects the damage of a house destroyed by an early morning Israeli airstrike, in Gaza City, Tuesday, May 18, 2021. Israel carried out a wave of airstrikes on what it said were militant targets in Gaza, leveling a six-story building in downtown Gaza City, and Palestinian militants fired dozens of rockets into Israel early Tuesday, the latest in the fourth war between the two sides, now in its second week.[AP Photo/Khalil Hamra]

Egypt’s President Abdel Fattah el-Sissi has announced the allocation of $500 million for reconstruction efforts in the Gaza Strip.

El-Sissi’s office said in a Facebook post Tuesday that Egyptian firms would contribute in the re-building efforts.

Egypt, which is leading mediation efforts to reach a cease-fire, has sent some two dozen trucks carrying humanitarian aid and medical supplies to Gaza through the Raffah crossing point.

It has also received wounded people from the latest round of violence to be treated in Egyptian hospitals.