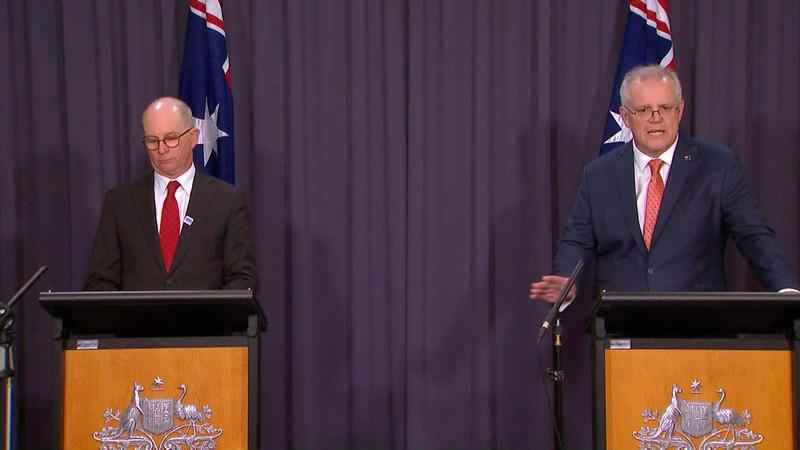 In this image made from video, Australian Prime Minister Scott Morrison, right, with Australian Chief Medical Officer Paul Kelly, speaks during a news conference in Canberra, Australia, Thursday, April 8, 2021. Australia on Thursday become the latest country to restrict use of the AstraZeneca vaccine by recommending that it not be given to people under age 50.[SBS via AP]

Australia reported its first death linked to the AstraZeneca shot on Friday.

The 48-year-old woman was injected with the vaccine on April 8. That was hours before Australian authorities recommended people under the age of 50 take the Pfizer shot instead because of the small risk of rare blood clots associated with AstraZeneca, Therapeutic Goods Administration, the vaccine regulator, said in a statement.

She was admitted with blood clots to a Newcastle hospital in New South Wales state four days later and died on Thursday, the statement said.

The woman is the third case of blood clots in Australia officially linked to the vaccine since the national rollout began in early March. About 885,000 doses of the COVID-19 vaccine have been administered across the nation.