The Hennepin County Sheriff’s Office Violent Offender Task Force was involved in a recent chase that led to guns being taken off the streets.

Deputies were conducting a weapons and narcotics investigation in north Minneapolis when they tried to catch up with two suspects—the initial stop was in what was described as a “less populated area” but the driver crashed into squads and kept going onto the highway, according to authorities.

Traffic cameras captured the end of the chase that ended in a wreck on an exit ramp at Interstate 94 and Riverside Thursday afternoon — with the suspects’ vehicle hitting two other vehicles.

“They are a proactive team where they go where the trouble spots are to try and counter the violent activity we’re seeing,” said Major Dawanna Witt, of the Hennepin County Sheriff’s Office.

Two Minneapolis men were arrested and charged after the chase. Three guns, cash and a ski mask were in the car, according to the sheriff’s office. 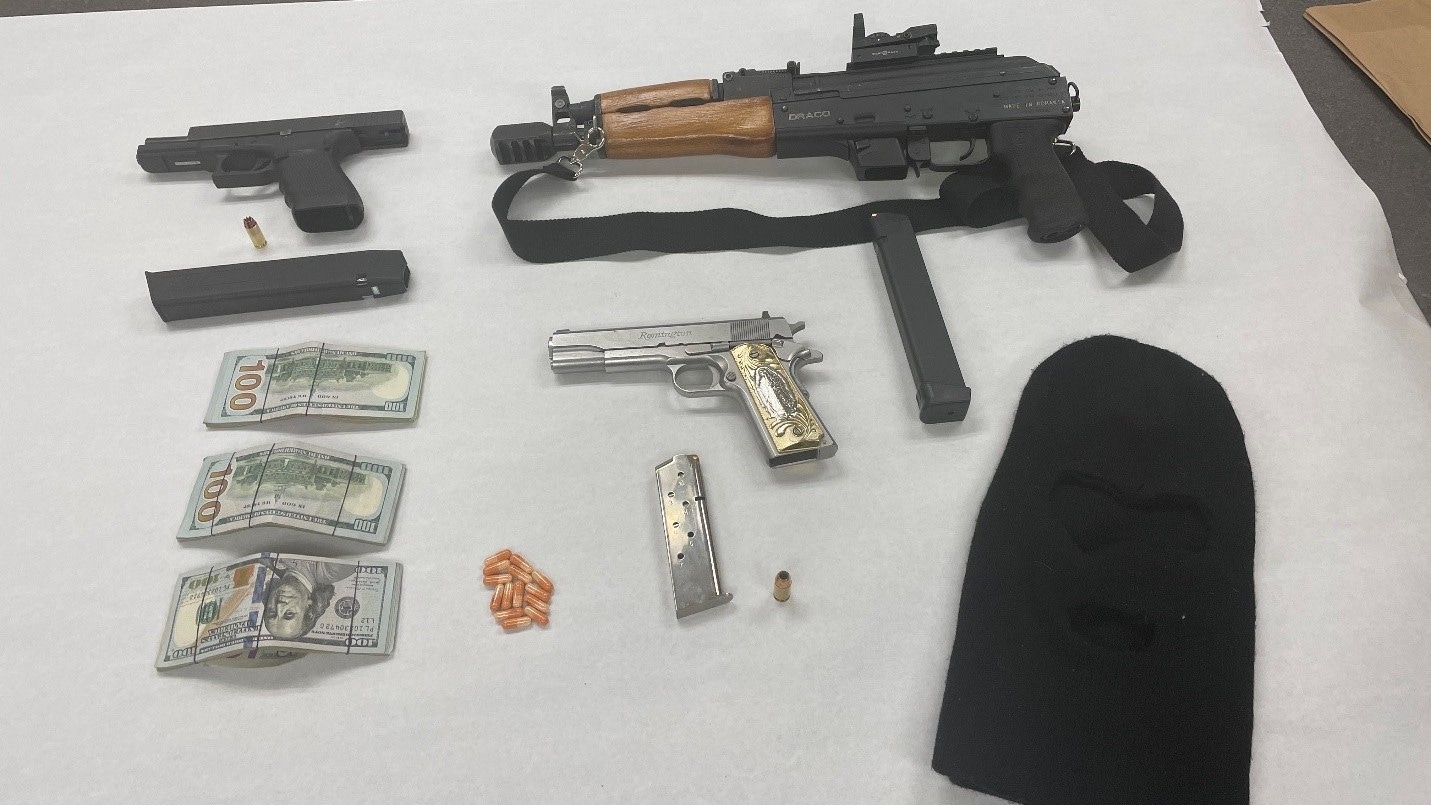 Investigators said both suspects had active warrants out for their arrests from other encounters with law enforcement.

The weapons recovered, according to court documents, were a Glock 10mm, Remington 1911 and DRACO Nak9 9mm in the stop.

A new City of Minneapolis crime tracking website that went live on Thursday reveals a surge in gun violence across the city.

There have been 90 gun wound victims in Minneapolis so far this year, compared to 69 people shot at this point in 2021, based on city data.

There have been 1,693 shots fired calls in 2022, compared to the 1,417 calls from this time last year. That city data comes from a variety of calls including shootings and ShotSpotter activations.

“The rise in violent crime is staggering, and it’s high, we need those type of teams to be proactive, rather than reactive when someone gets hurt, or loses their lives, or livelihood,” said Major Witt.