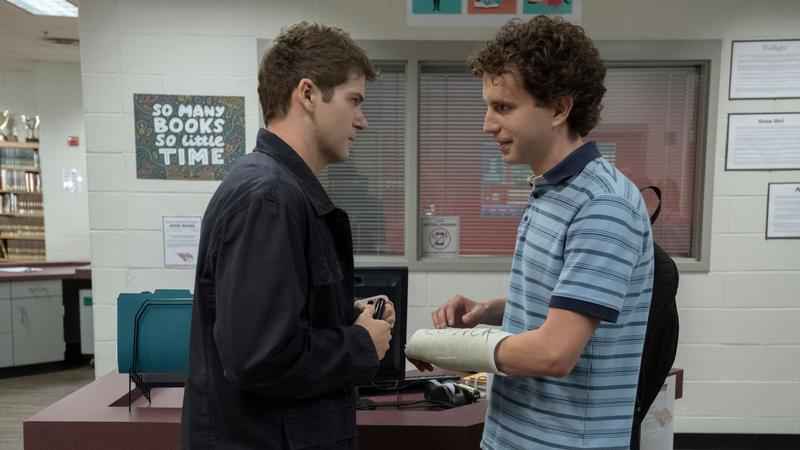 The journey from stage to screen, so often a perilous one, has been particularly bumpy for "Dear Evan Hansen."

The Broadway show, starring Ben Platt as a lonely, anxiety-racked teenager who turns into a social media sensation after exaggerating his friendship with another, more hostile loner who kills himself, was an overwhelming hit. It won six Tony Awards in 2017, including best new musical and acting honors for Platt’s star-making performance. Here, from book writer Steven Levenson and songwriters Benj Pasek and Justin Paul ("La La Land"), was a Broadway musical that didn’t sugarcoat adolescent pain, grief or yearning for acceptance.

But when Stephen Chbosky’s film adaptation debuted earlier this month at the Toronto International Film Festival, much of the love for "Dear Evan Hansen" had seemingly evaporated. The film tweaks the musical in a handful of ways but it’s largely quite faithful to the stage show. The script and songs again come from Levenson, Pasek and Paul. Platt reprises the role of Evan.

So what happened? Did two sets of critics see nearly the same thing and draw vastly different conclusions? Was "Dear Evan Hansen," like its central character, a viral phenomenon under false premises, only to eventually have its flaws revealed?

The answer, I think, is a bit of both. "Dear Evan Hansen," like a star-studded after-school special, is laudable for its good intentions — for the way it tries to bring empathy to all of the characters it touches on a high-school world only made more treacherous by social media. That, alone, ought to make "Dear Evan Hansen" recommendable to a wide spectrum of young people who will find, uplift and support in its "it gets better" message. It is also, as you might expect in any story that uses a minor character’s suicide as a springboard for the protagonist’s redemption arc, a coming-of-age morality tale that doesn’t always have a firm grasp of its own melodramatic manipulations.

But what most troubles "Dear Evan Hansen," I think, is what’s bedeviled so many musical adaptions before it: the heavy lift from an isolated stage setting to a physical reality. The pressures are only greater on "Dear Evan Hansen" because it’s sincerely trying to capture an emotional realism. But in a more recognizably "real world," the false notes of "Dear Evan Hansen" ring louder.

And nothing is more offkey than Platt’s performance. The 27-year-old Platt, gifted as he is as an actor, is a decade too old for the character. While such discrepancies can sometimes be masked or overlooked, it’s fatal in the case of "Dear Evan Hansen." It’s not hard to see why the filmmakers would be drawn to casting Platt in the role he defined; particularly in song, he soars. But the ways he’s been aged down — the curly hair, the hunched shoulders, the striped polo shirt — only enhance the mismatch. For much of the film, it’s difficult not to imagine the "Saturday Night Live" sketch that’s probably already being written. More than the age difference, though, Platt’s performance is a constant reminder of Broadway artificiality in a movie striving for something real.

Chbosky ("The Perks of Being a Wallflower," "Wonder") seems perfectly suited to the material as a filmmaker who specializes in both young life and multi-generational tales of empathy. And he has cast the film with a number of terrific actors, including Kaitlyn Dever, Julianne Moore, Amandla Stenberg and Amy Adams.

The film begins with Evan writing a letter to himself at the direction of his therapist. "Dear Evan Hansen," he writes. "Today is going to be an amazing day and here’s why." At school, Evan’s only friend (Nik Dodani) insists he’s only a "family friend." Both his solitude and awkwardness are total. One day in the library, he has an exchange with schoolmate Connor Murphy (Colton Ryan) who steals Evan’s letter from the printer and, with ironic menace, writes his name on Evan’s cast. When Connor takes his life, his parents (Adams, Danny Pino) find Evan’s letter in his pocket and assume it was written by Connor. The mother is desperate to latch on to something happy in her son’s life, and Evan can’t bring himself to tell her the truth.

A well-intentioned lie leads to many more, and Evan soon finds himself nearly part of Connor’s family, which includes his sister (Dever, especially good). Evan becomes an increasingly celebrated spokesman for Connor in death. It’s all a lie, one which will ultimately crumble, but there’s truth in it for Evan. When he speaks of Connor’s loneliness, he’s talking about himself. Very much to the film’s credit, it ultimately doesn’t suggest social media fame brings any salvation, and instead draws out a third-act atonement for Evan. The film, which cuts four songs from the stage show, seems plainly alert to improving some of the musical’s inherent issues.

Just as Broadway is opening up, scores of musicals have been landing on screens. Lately there’s been "In the Heights," a live taping of "Come From Away" and "Everybody’s Talking About Jamie." Soon there will be "Tick, Tick … Boom!" "Cyrano" and "West Side Story." In between, "Dear Evan Hansen" will probably go down as a cautionary tale. Not every stage hit looks quite so good in close-up.