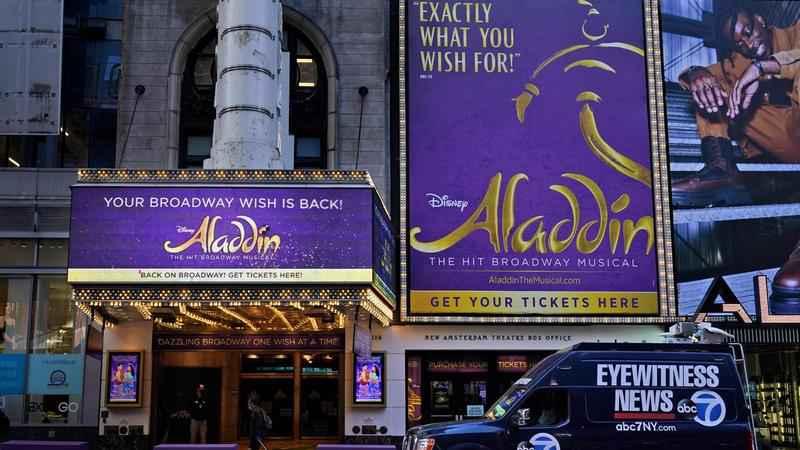 “Hamilton” and “Aladdin,” two of Broadway’s biggest musicals, are shuttering their doors during the busy Christmas week after finding breakthrough COVID-19 cases in their companies.

All matinee and evening performances of “Aladdin” from Tuesday through Friday were canceled. Performances are scheduled to resume Sunday. “Aladdin” had previously canceled its Dec. 19 performance.

“Hamilton” canceled shows on Tuesday, Wednesday, Thursday, Friday and Sunday and performances are scheduled to resume Dec. 27. The production had previously canceled its Dec. 17 through Dec. 19 performances, as well as its Dec. 15 show due to the detection of positive results.

The two hit shows join “Mrs. Doubtfire,” “MJ” and “Ain’t Too Proud,” among others, in announcing multi-day cancellations due to the virus. Shows often add performances around Christmas week and the holidays are usually the most lucrative shows of the year.