Grammy Awards shift to March due to pandemic conditions 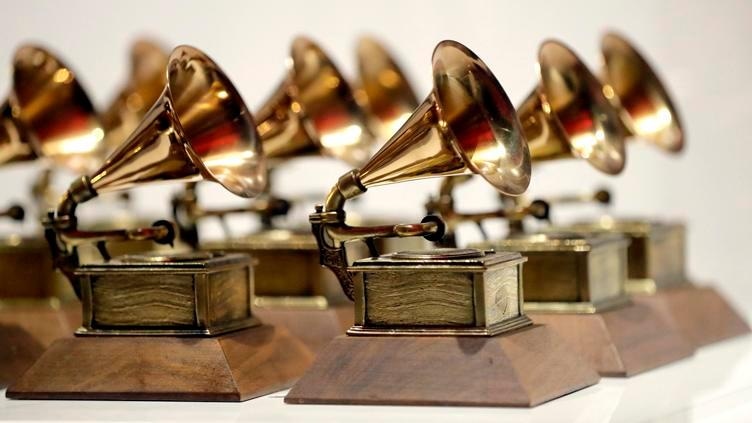 In this Oct. 10, 2017, file photo, various Grammy Awards are displayed at the Grammy Museum Experience at Prudential Center in Newark, N.J. The academy, which puts on the 62nd Grammys on Sunday, Jan. 26, 2020, says nominees are selected from a list of contenders who are voted into the top 20 in each category.[Julio Cortez/Associated Press]

The 2021 Grammy Awards will no longer take place this month in Los Angeles and will broadcast in March due to a recent surge in coronavirus cases and deaths.

The Recording Academy told The Associated Press on Tuesday that the annual show would shift from its original Jan. 31 broadcast to an unspecified date in March.

The Grammys will be held in Los Angeles at the Staples Center. Los Angeles County, the epicenter of the crisis in California, has surpassed 10,000 COVID-19 deaths and has had 40% of the deaths in California. It is the third state to reach the 25,000 death count.

An average of six people die every hour from COVID-19 in Los Angeles County, which has a quarter of the state’s 40 million residents. County health officials fear the incoming Christmas and New Year’s surge.

"The Daily Show" host and comedian Trevor Noah is set to host the 2021 Grammys, where Beyoncé is leading contender with nine nominations. She scored nominations for song and record of the year with "Black Parade," which she released on Juneteenth, while "Savage" — her No. 1 collaboration with Megan Thee Stallion — picked up bids for record of the year, best rap song and best rap performance.

Since the pandemic, a number of awards show were postponed and later revamped due to COVID-19 restrictions. The BET Awards was the first major awards show during the pandemic and was a success thanks to its artsy, highly produced, well-crafted pre-taped performances.

The MTV Video Music Awards featured Lady Gaga winning awards and performing onsite in a mask, and the Latin Grammys pre-taped several performances the week of the show, handing out some of its awards to the winners who attended the show.

Performers at the upcoming Grammys will be announced at a later date.