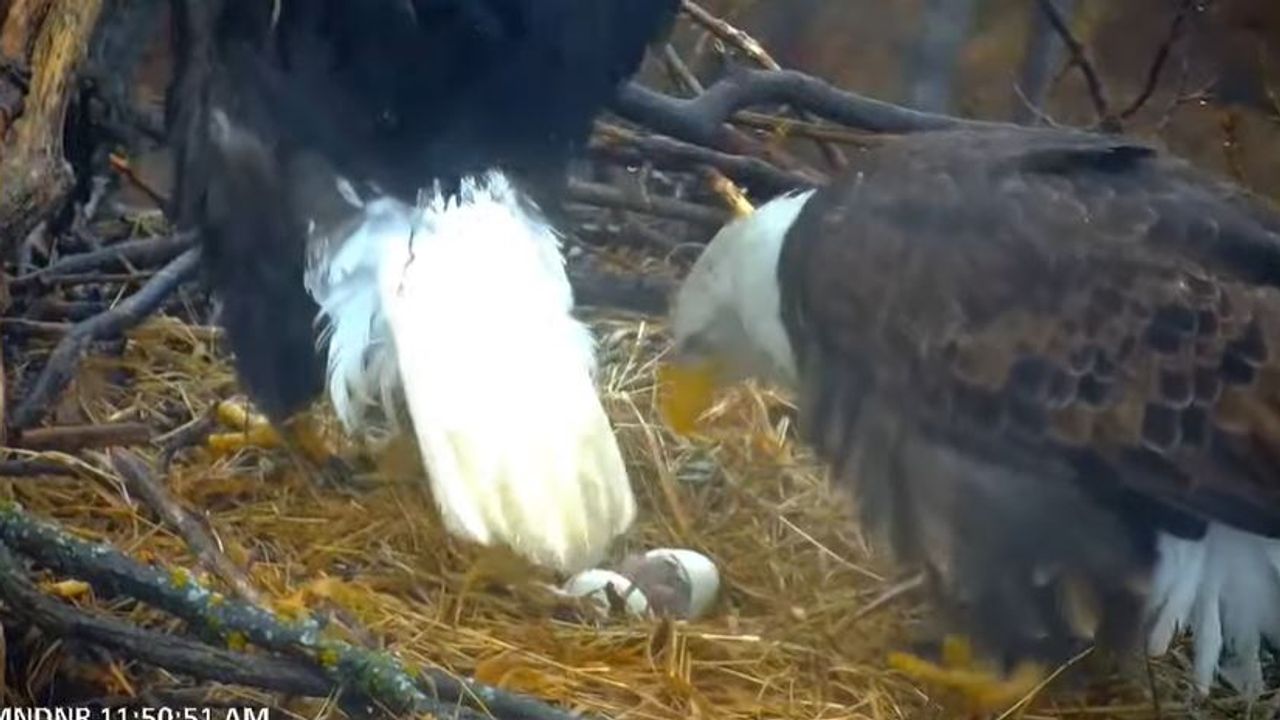 The Minnesota DNR EagleCam shows one eaglet has hatched so far this season. Credit: MN DNR

A bald eagle family featured on the Minnesota Department of Natural Resources EagleCam has welcomed its first eaglet.

Two eggs were laid in the nest earlier this season: One on Feb. 12, and the second on Feb. 16. The DNR says since the second egg was laid four days after the first, it may not hatch for a few more days.

Hatching comes after the incubation period, which typically lasts from 34-36 days. The agency says the hatching process is called pipping, and can take an entire day due to the eaglets getting out of the eggs without any help from the parents.

No more eggs will be laid this year, according to the agency. They say bald eagles lay up to three eggs.

As previously reported, the 2022 EagleCam focuses on the same two eagles as last year – Harry and Nancy. The department says Harry was a new breeder last year at 5 years old and took over for Syd as the dominant male of the nest.

A stream of the EagleCam can be found below, or by CLICKING HERE.