A driver says he’s lucky to be alive after a fiery crash on Highway 10 and Highway 65 in Blaine on Monday afternoon.

A car lost control on the ramp and ended up directly in the path of Mitchell Moore’s box truck on Highway 10.

“All I saw was rocks and dirt,” Moore said. “The next thing I know I’m getting hit and I’m getting pushed over another lane.”

The truck hits the car, loses control and smashes into the side of the bridge, nearly barreling over the edge.

“I figured if I went over the bridge that would have been the end of it,” Moore said. 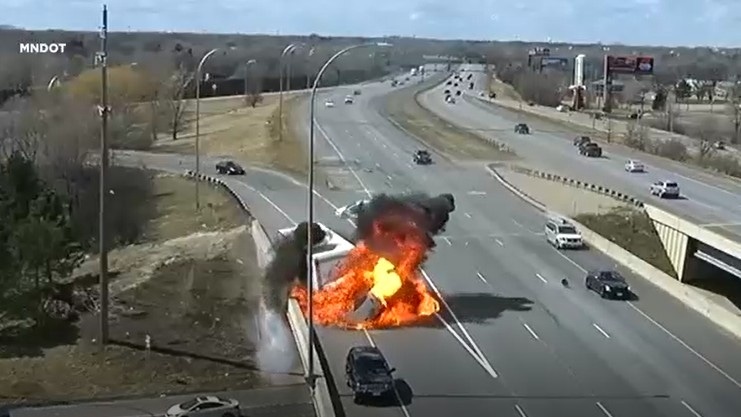 The truck bursts into flames, but Moore was able to walk away from the accident.

“They were coming up on the driver’s side first and then I was going to try and get out that way and realized that wasn’t a good option, so then I just went out the passenger side,” Moore said.

State Patrol says they believe the driver of the car that hit Moore’s truck was under the influence of alcohol.