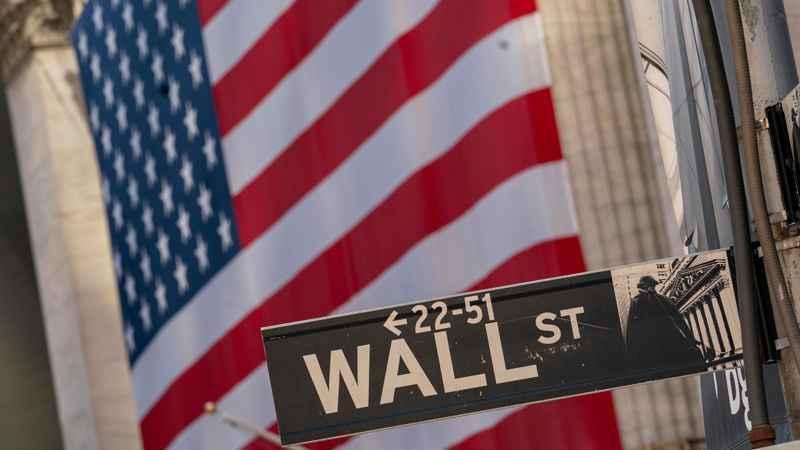 The Wall Street street sign is framed by a giant American flag hanging on the New York Stock Exchange, in a Monday, Sept. 21, 2020 file photo. Stocks are opening higher on Wall Street, recovering after their first four-week losing streak in more than a year. A burst of corporate deals helped give investors confidence to put money back in the market, and the S&P 500 rose 1.4% in the early going Monday, Sept. 28, 2020.[AP Photo/Mary Altaffer, File]

Major U.S. stock indexes are closing with mixed results Wednesday as a pullback in utilities and real estate companies keeps gains elsewhere in the market in check. The S&P 500 posted a gain of 0.1% to 4,167, after having been up 0.6% earlier in the day. The Dow Jones Industrial Average rose 97 points, or 0.3%, to 34,230, but the Nasdaq Composite dropped 0.4% after shedding an earlier gain. Financial stocks were among the big winners. JPMorgan Chase rose 1.3%. Energy companies also climbed. Exxon Mobil rose 2.9%. Technology companies, which had bounced back in the early going, lost most of their momentum. Apple was up 0.2%.

THIS IS A BREAKING NEWS UPDATE. AP’s earlier story appears below:

A rebound in technology companies helped lift stocks on Wall Street slightly higher Wednesday afternoon, making up for some of the market’s losses from a day earlier.

Apple was one of the more notable gainers after falling the day before. The iPhone maker was up 1.1%. The rally in technology companies had the sector on track to snap a six-day losing streak.

General Motors shares rose 4% after the company posted a solid quarterly profit compared to a year earlier, but also affirmed its full-year outlook despite the automaker — like much of its competition — having to contend with a chip shortage that is impacting production.

Facebook shares fell 1.1% after the company announced its independent oversight board would continue to ban former President Donald Trump from the platform. Trump’s account had been suspended indefinitely after the January 6 insurrection at the capital, where his rhetoric has been blamed for the riots. The board did say that the company must decide if the ban is permanent.

Shares of exercise equipment company Peloton Interactive skidded 15.1% after the company voluntarily recalled its treadmills after dozens of reports of injuries to children and pets, and at least one death. The $4,200 treadmill was the company’s biggest expansion beyond its traditional exercise bike program.

Later this week, investors’ attention will turn to the jobs report for April. Economists expect the data to show employers hired 975,000 workers last month as the economy accelerated out of the pandemic and vaccines rolled out nationwide. The unemployment rate is expected to drop to 5.8% from 6%.

A private-sector jobs report released by payroll processing company ADP found that private employers created 742,000 jobs last month, which was less than the 896,000 jobs that were expected by economics.

Bond yields were stable on Wednesday, with the 10-year Treasury note trading at a yield of 1.58%, down from 1.59% late Tuesday.