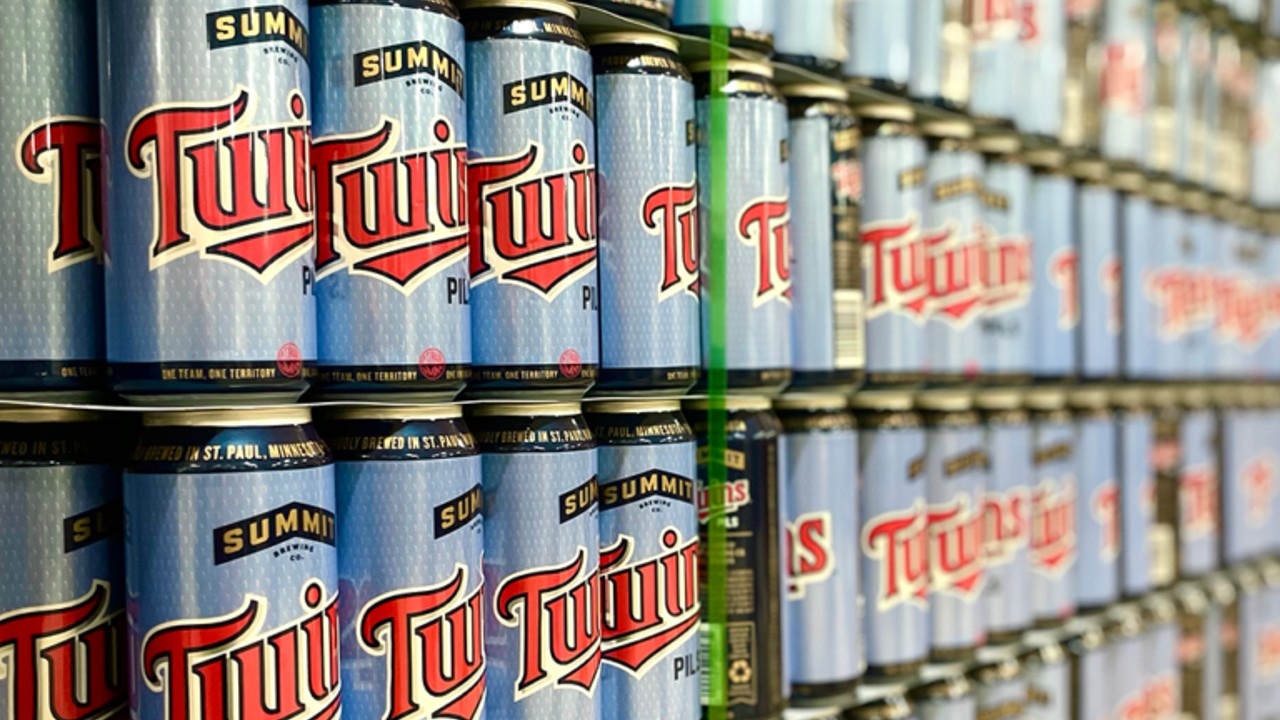 Monday, they introduced “Twins Pils,” a traditional German-style Pilsner that will be sold in stores and at Target Field.

The beer is a relaunch of Summit’s award-winning Keller Pils.

Summit says the cans were designed by Minneapolis agency Periscope to feature the Twins logo on a backdrop of baby blue trimmed with navy, inspired by the team’s 1980s throwback jerseys, which is the era Summit was founded.

“From the beginning, I never would have imagined Summit would be able to support the Twins on this higher level. There’s no better way to celebrate this beautiful partnership than by having one of my favorite beers, one of the best beers we produce here at Summit, in Twins branded packaging,” Summit Founder and President Mark O. Stutrud said in a statement. “From my point of view, we’re just really starting to celebrate this partnership. This is just one of many ways we’re going to really expand on having a lot more fun in the future.”

“The Twins and our partners at Summit each have a long and proud tradition of bringing Minnesotans together around the joy of a shared experience,” club President and CEO Dave St. Peter added. “Having our logo – along with our beloved baby blue color scheme – on the can of Summit Twins Pils is a terrific way to celebrate the return of baseball. I look forward to joining Twins fans in raising a glass at Target Field this season!”

Twins Pils will be sold in 12-packs and on draught at select bars, restaurants and liquor stores, Summit said, as well as at Target Field.