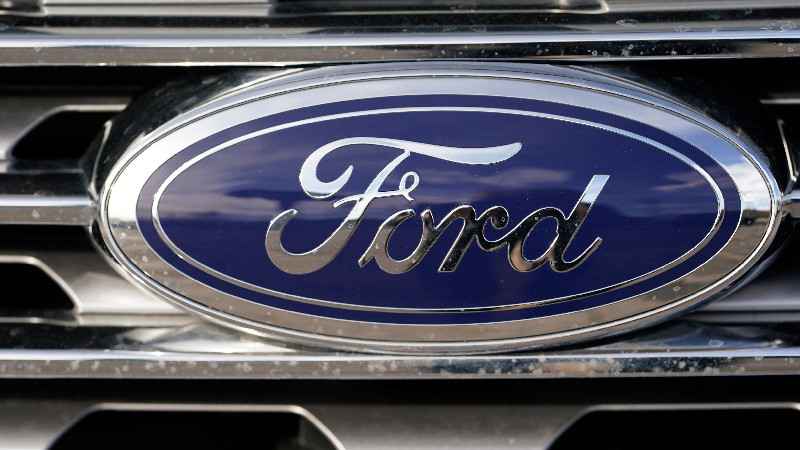 FILE - In this April 25, 2021 file photograph, the blue oval logo of Ford Motor Company is shown in east Denver. Ford plans to open a battery development center near Detroit by the end of next year. The company said the 200,000-square-foot facility will have equipment to design, test and even do small-scale manufacturing of battery cells and packs.[AP Photo/David Zalubowski, File]

Ford expects 40% of its global sales to be battery-electric vehicles by 2030 as it adds billions to what it’s spending to develop them.

Ahead of a presentation to Wall Street on Wednesday, the automaker says it will add about $8 billion to its EV development spending from this year to 2025. That would bring the total to nearly $20 billion as Ford begins to develop and build batteries in a joint venture with SK Innovation of Korea.

The company also announced it would create a separate business called Ford Pro that will focus on commercial and government fleet buyers. It also expects to have about 1 million vehicles capable of getting over-the-internet software updates by the end of this year. Ford says it will have more vehicles capable of this than Tesla by July of 2022.