A Minnesota man made a 400-mile drive through a blizzard to transport a kidney to a hospital in North Dakota, where a man in kidney failure was waiting for a transplant.

“If there’s an organ that’s going to a recipient, we’re going to get it to where it needs to go,” said Lucas Baker, with Trinity Medical Solutions.

Baker said he got the call from LifeSource, the organ procurement organization serving Minnesota and the Dakotas, the night before Christmas Eve.

“The kidney was supposed to get on a commercial flight out of MSP, but because of the snowstorm, that was not possible. All of the flights were grounded,” said Meg Rogers, director of transplant center relations at LifeSource. “Every minute matters in a situation like this. Time was ticking.”

Baker said he knew travel would be treacherous but still felt compelled to make the trip. 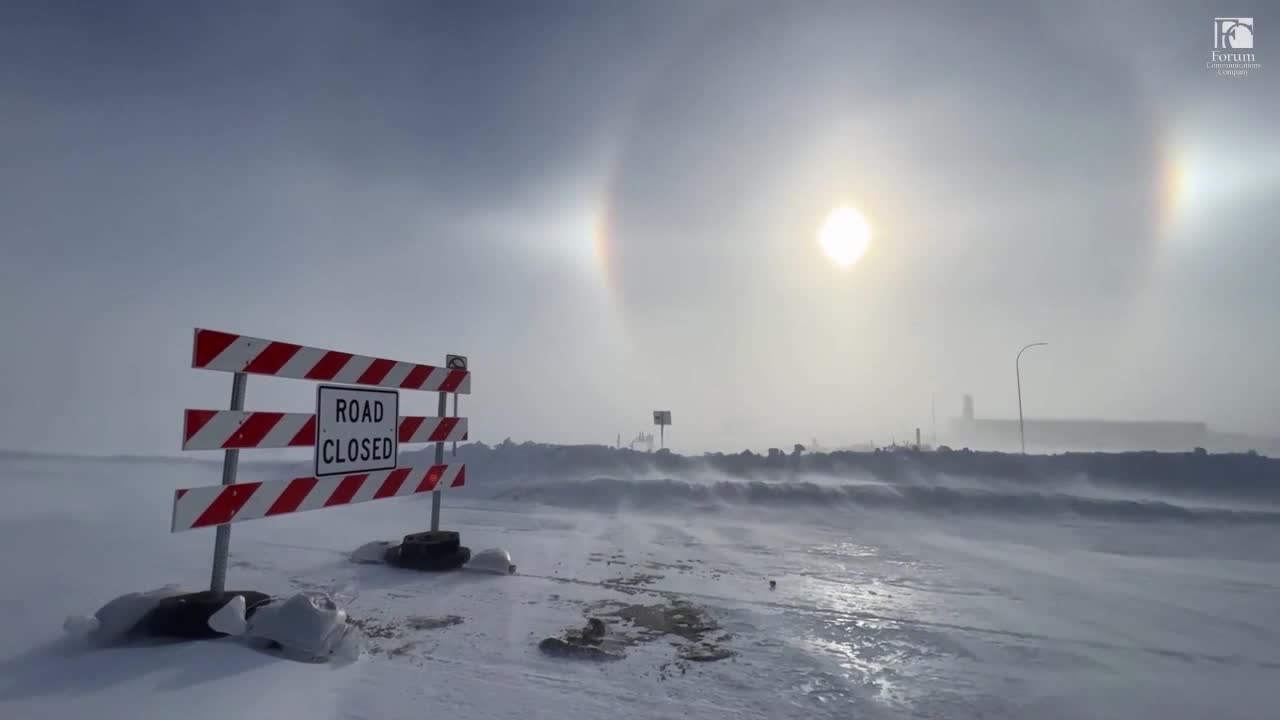 A road is closed due to blizzard conditions. (KSTP/file)

“No question in my mind we were going to get it to Bismarck,” Baker said. “It’s a serious thing, and we all take it really seriously.”

Baker said the six-hour drive turned into a 13-hour trek through blinding snow.

“It got pretty terrible after Fargo. I was driving through snow drifts on I-94. There was almost no visibility. I think it was 40 to 50 mile-an-hour wind gusts and blowing snow,” Baker said.

The highways in North Dakota ended up getting shut down due to dangerous conditions.

“There was actually a semi stuck in the middle of the road, and I couldn’t get around him. At that point, I turned around and tried to backtrack, but the snow drifts were the whole width of the road. That’s when I got stuck in a snow pile,” Baker said. “Honestly, that was when it really hit me what kind of a situation I was in. I only had 60 miles left in my tank and I was in the middle of nowhere.”

5 EYEWITNESS NEWS requested the 911 call of Baker calling for help.

In the audio, Baker can be heard saying, “I’m stuck in the road on a detour right now.”

Dispatchers told him they would send a deputy to help but that travel was not advised in most of the state.

He responded, “But I have a boxed kidney in my car that needs to get to the hospital.”

“To me, yeah, it was very personal,” Holzworth said. “My sister actually had four liver transplants.”

Holzworth said she always keeps a shovel in her squad car and decided to try to dig Baker out herself while waiting for a tow truck.

“I just knew this was something that needed to be done,” Holzworth said. “I thought, well maybe if we can get him shoveled out just enough to get him going, he can get on his way and make it to where he needed to go.”

The tow truck was eventually able to pull Baker’s SUV out of the snow so he could finish the last 100 miles to the hospital.

Baker said despite the highways being closed, he was allowed to continue the drive with a snow plow ahead of him.

He eventually made it to Sanford Hospital in Bismarck, where the transplant recipient was being prepped for surgery.

“They were probably informed, like, ‘Hey, this thing may not make it.’ So I remember when I walked into the OR, it was six or seven nurses and you could tell it was a shock that I just walked through the door,” Baker said.

That kidney ended up saving a man’s life.

Jerry Bernal had been on the transplant list since October, in stage 5 kidney failure.

“I just keep on remembering what people tell me: ‘Have faith, have faith,'” Bernal said. “And it had to be God making a path for the driver that night. He could’ve easily called his boss and said, ‘Oh, I can’t get here.’ You know? But I think God touched all of them and made a path to get the kidney here on time.”

Loved ones set up a GoFundMe page to help in his recovery.

Bernal said the kidney was a near-perfect match and he is expected to return home Friday.

“That driver, risking his own life to give me the gift of life, there are not enough words to express how grateful I am,” Bernal said. “It was the best Christmas me and my family could have, and this is going to be remembered forever.”

According to data compiled by LifeSource from the Minnesota Department of Public Safety, 56% of Minnesotans checked the box at the DMV to sign up as organ donors in 2022.