It’s a technology of healing.

“It breaks your heart,” says Minneapolis prosthetist Yakov Gradinar. “These people lost their limbs fighting for their country.”

As he works, Gradinar is thinking about those who’ve lost so much halfway around the world during the war in Ukraine.

“You can just imagine that how much these people are suffering, losing mentally and physically, losing part of their body,” he said.

Gradinar and his team at the Minneapolis Limb Lab use precision skills, titanium and plastic to replace lost limbs. 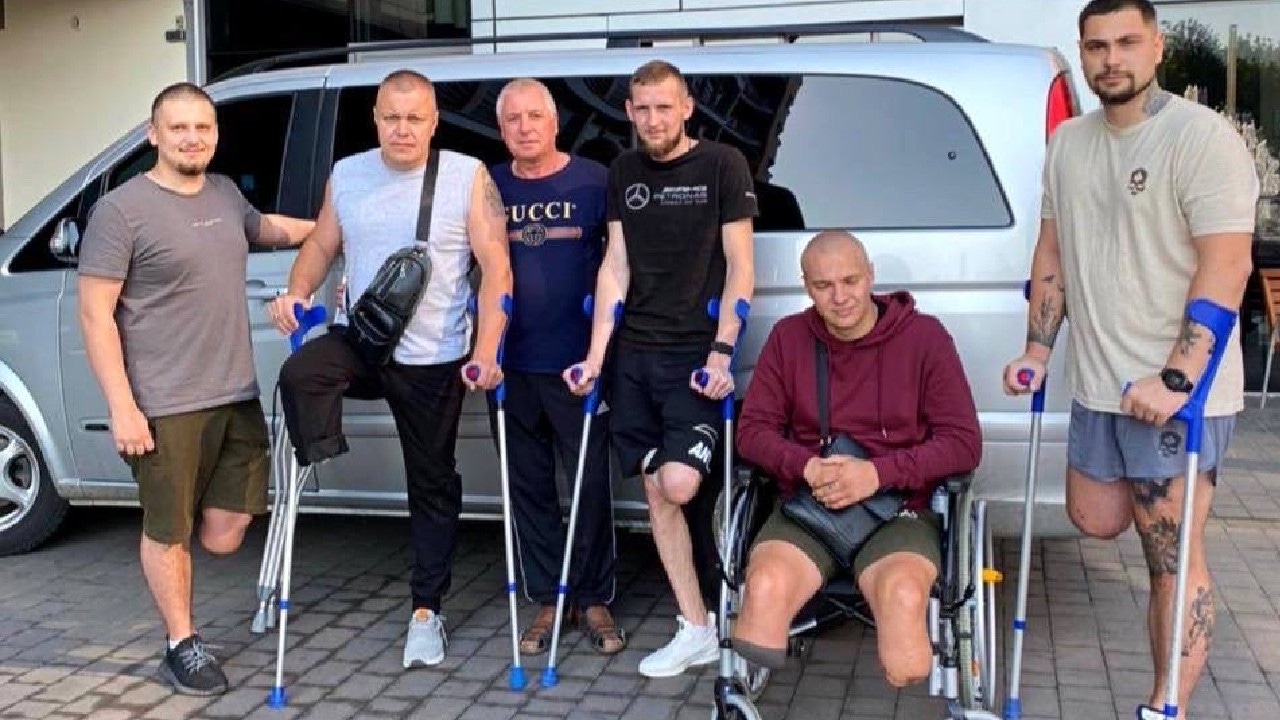 This photo shared with 5 EYEWITNESS NEWS shows five Ukrainian soldier-amputees who will be fitted with new limbs through the project Prosthetics for Ukrainians, a partnership between Minneapolis Limb Lab and the Protez Foundation. (Courtesy photo)

Now he’s teamed up with the Protez Foundation, a Minneapolis nonprofit, to help Ukrainian amputees.

Foundation president Yury Aroshidze and Gradinar have launched a project called Prosthetics for Ukrainians. Their goal: to provide free prostheses in Minnesota, to children, soldiers and civilians who’ve lost limbs during the war.

The Office of the U.N. High Commissioner for Human Rights says since the start of the Russian invasion in February, more than 6,700 civilians have been injured, and that up to one-third are amputees.

Ukrainian President Volodymyr Zelenskyy says as many as 10,000 military members have been wounded. Experts say the actual numbers may be much higher.

The Protez team’s first project is to fly five Ukrainian soldier-amputees to Minnesota and fit them with quality prostheses.

“I’m very happy to help people that are from Ukraine, especially in this time, with the war going on,” Aroshidze declares. “It’s a very sad story.”

Gradinar moved to the U.S. from Ukraine 15 years ago, and his mother, father, and siblings are still there.

Aroshidze says his mother was born in Ukraine, and adds he’s visited there many times.

Both men say they worked with the Department of Homeland Security to obtain visas and other needed paperwork for the soldiers.

“It took us two months in order to get approval to be able to bring people here to America to get prosthetics,” Aroshidze notes.

Gradinar says Minnesota’s Ukrainian community is donating housing, food and other services for three weeks. That will be enough time for the soldiers to be fitted properly and get physical therapy.

“That’s why we decided they should have three weeks,” Gradinar explained. “So they slowly increase the time of wearing and we can be adjusting them, and the sockets, modify the sockets as needed.”

The five soldiers — one of whom is a double amputee — are scheduled to arrive at Minneapolis-St. Paul International Airport on Saturday evening.

Gradinar says there will be a lot of work ahead properly fitting those prostheses, and the foundation is just getting started.

The organization plans to bring a group of Ukrainian civilians to Minnesota for fittings next, including two small children.

Gradinar says he, Aroshidze and their team are just trying to help the arriving soldiers.