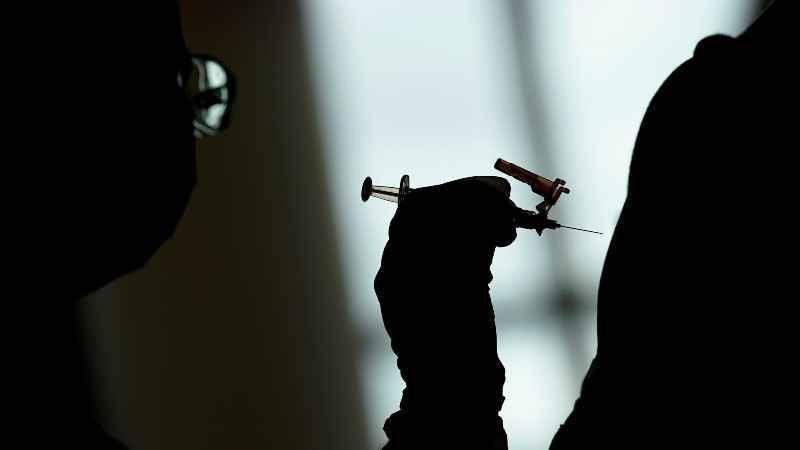 FILE - In this Monday, April 26, 2021 file phto, a nursing student administers the Moderna COVID-19 vaccine at a vaccination center at UNLV in Las Vegas.[AP Photo/John Locher]

Families and patients have a new online tool to compare COVID-19 vaccination rates among nursing homes, Medicare announced Tuesday, addressing complaints from consumer groups and lawmakers that the critical data had been too difficult to find.

The information is now being made available through the “Care Compare” feature at Medicare.gov, the online tool for basic research on quality and safety issues at nursing homes. Consumers will be able to compare up to three nursing homes at the same time, and the webpage shows vaccination rates for residents and staff, as well as national and state averages.

"We want to give people a new tool to visualize this data to help them make informed decisions,” Chiquita Brooks-LaSure, head of the Centers for Medicare and Medicaid Services, said in a statement.

Nursing home residents are a tiny proportion of the U.S. population, but they have borne a crushing burden from the COVID-19 pandemic, accounting for more than 150,000 deaths, or roughly 1 in 5. Nationally, about 84% of residents are now vaccinated, which has slowed — but not totally prevented — the spread of the delta variant among frail patients.

Nursing home staffers are the bigger concern, since only about 64% are vaccinated, roughly the same share as the adult population. The virus commonly gets into facilities via staffers who have been exposed in nearby communities and unwittingly pass the infection on to residents.

Medicare has been posting vaccination information online for months, but it was on a site designed for researchers and industry. One way to navigate it involved accessing a huge spreadsheet. Another approach called for hunting around on a map for little red dots that represented nursing homes.

The statistics reveal big disparities in vaccination rates among states, and sometimes wide differences within states and communities.

Among the organizations complaining were Consumer Voice, which advocates for quality improvement in long-term care, and the Center for Medicare Advocacy, a watchdog group.

The new online tool reminds consumers comparing facilities that higher percentages of vaccinated residents and staff “are better.” Information on COVID-19 vaccination rates is available just below each nursing home’s ratings. The data reflect the latest reported by nursing homes to the Centers for Disease Control and Prevention.

Medicare officials say they are encouraged that even as the delta variant has swept across the country, outbreaks in nursing homes have not raced out of control as happened last year. They attribute that to the high rate of residents who have gotten their shots. Nursing home residents are expected to be top on the priority for booster shots as they become available.

The nursing home industry says it fully supports vaccination of staffers and residents, but that Medicare should also publish vaccine levels for hospitals and other medical care settings.