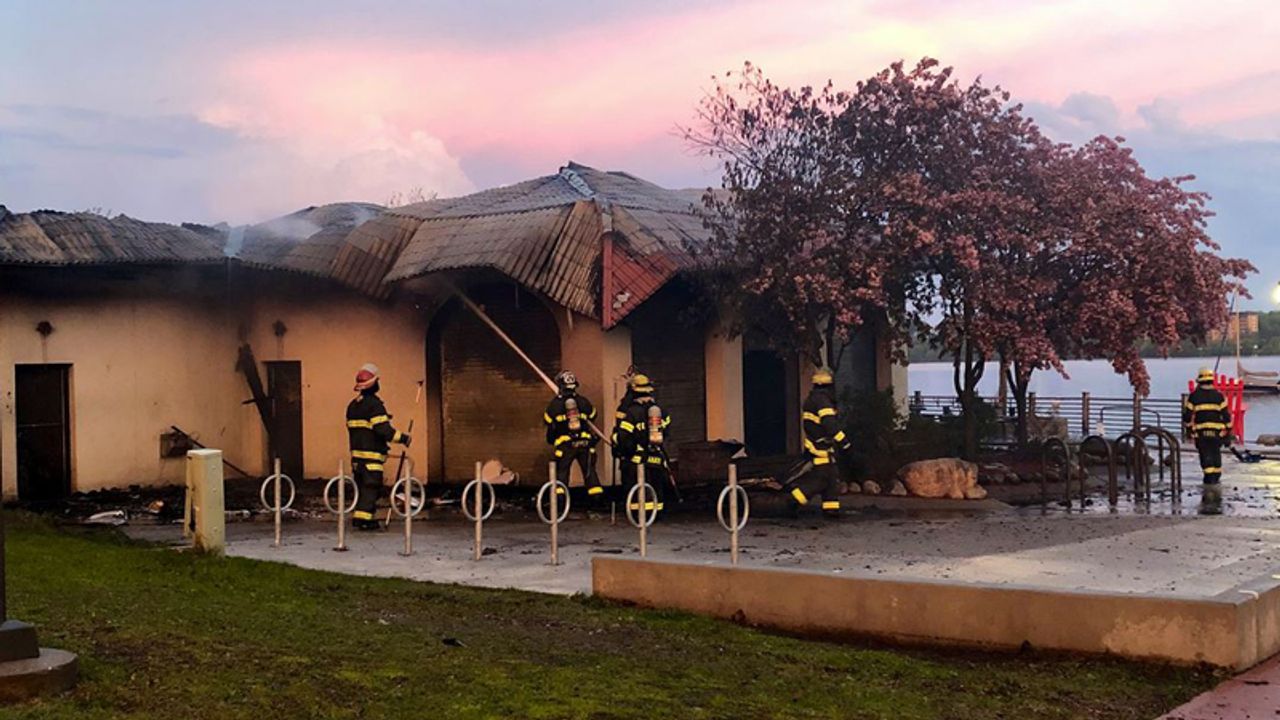 A building that housed a popular restaurant along the north shore of Bde Maka Ska, formally known as Lake Calhoun, was deemed unsalvageable by a structural engineer on Friday after it was engulfed in flames early Thursday morning.

According to a release from the Minneapolis Park and Recreation Board, the building first opened in 1930 and last year became Lola’s on the Lake.

“First and foremost, we’re grateful no one was injured in the fire. We’re all sad at the damage to the beautiful building but park staff are working diligently to make sure that folks’ enjoyment of Bde Maka Ska is not interrupted,” Brad Bourn, Board President, said in the release.

The cause of the fire remains under investigation by the Minneapolis Fire Department. Starting early next week, an insurance investigator will be on-site to conduct an assessment and investigation.

According to Superintendent Al Bangoura, a timeline for the insurance work remains unknown.

“We are devastated by the loss of such an iconic feature along the lake. As difficult a decision as it is, removing the structure is the right thing to do and will allow us to rise out of this and begin moving forward,” Bangoura said in the release.

The board says they are working closely with Lola’s on the Lake owner Louis King to continue providing food service by having Lola’s Food trucks at the park by Memorial Day weekend. It would provide a short-term solution until a new building can be constructed. Park staff is also bringing portable toilets to the busy area, according to the release.

Bangoura and Bourn expressed their appreciation of the quick actions and decision of the Minneapolis Fire Department, board staff and King.