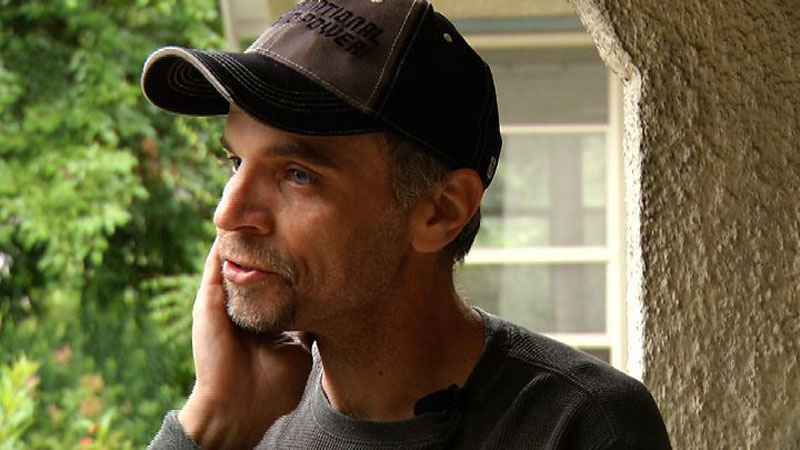 Mark Burrington talks about his fiancee Ruth Berg one day after her death in an explosion at Minnehaha Academy. (KSTP)

She kissed him goodbye before walking to work Wednesday morning.

It was the last time Mark Burrington would see his fiancée Ruth Berg.

The couple spoke on the phone just five minutes before Wednesday’s explosion at Minnehaha Academy. They were laughing about how hard it is to come up with ideas for lunch, as they’d both decided to try eating strictly vegetarian just a few weeks ago.

It was the last time he’d hear her voice.

The mist that surrounded the school Thursday couldn’t cloud Burrington’s vivid memories of the day before.

He heard the loud explosion at home, just blocks away.

“It was so quiet and I was just screaming, ‘Ruth! Ruth! Ruth!’ and there was just nothing,” he said.

Now in his 40s, Burrington said he has loved Berg since the third grade. The two met at Seward Elementary School in Minneapolis.

It’s also where he proposed all these years later.

Burrington used to purposefully break his pencils – just so he could walk by Ruth’s desk on his way to the sharpener.

Others echoed Burrington’s sentiments when it came to describing Berg.

Wenschlag said both victims lost in Monday’s explosion made everyone at the school smile, but for different reasons.

Custodian John Carlson, a husband and father of three, believed it was his mission to make sure students took their learning seriously.

“He would tell kids ‘Hey, I expect good things out of you, academically you need to do this and do that… I made this mistake and you’re not going to do that,'” Wenschlag said.

“Kids really appreciated his contact and the heart he had for our school.”

With Berg, it was her contagious smile loved ones remember most. It was a smile Burrington lived for and worked to put on her face every day.

“I don’t know what I’m going to do without her,” he said. “Every plan I had was around her. I don’t want anybody to feel what I feel. I don’t want this. I wouldn’t wish this on anybody. Nobody.”

Berg was a mother as well, leaving behind a 17-year-old daughter.