And a big part of that experience was grabbing a hot dog, or a cool drink, at the refreshment stand located at the lake’s pavilion – later leased for use as a restaurant.

So, he was saddened Tuesday when crews began tearing down the building – located along the 3000 block of East Calhoun Parkway – after damage sustained in an early-morning fire on May 16.

“I have a lot of memories of that building,” said Salzman, the director of the nearby Minneapolis Sailing Center, whose own building drew its power from the pavilion building and has been running on a generator since the fire.

“So to see it coming down is really surreal. It makes me sad because we’re losing part of our history. The history of Minneapolis and of the lake.”

When the pavilion first opened in 1930, it was apparently the source of controversy in the surrounding neighborhood. 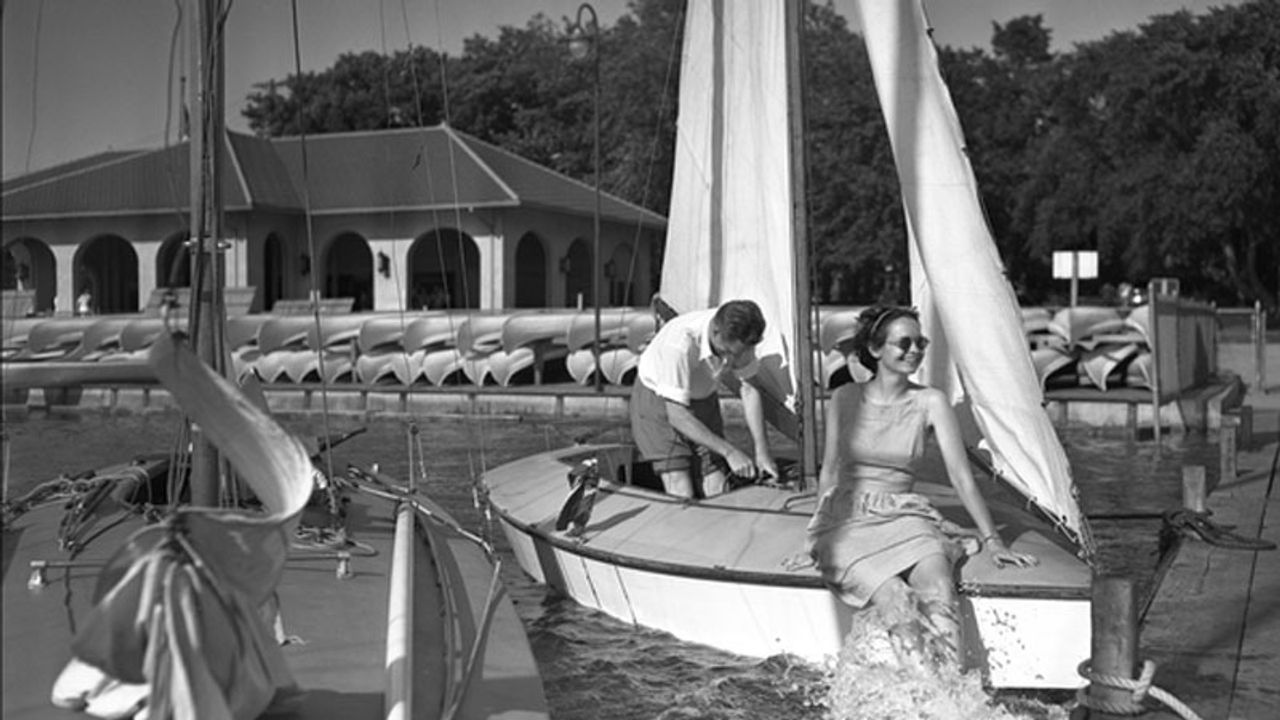 A view of the pavilion in 1943. (Minnesota Historical Society)

According to an article in the March 26 edition of the Minneapolis Star, nearby property owners held a meeting at the home of A.B. Smith on 3000 James Avenue South to register their objections to the building of the planned “open air pavilion and refectory at the foot of Thirty-first street on Calhoun beach,” as well as its estimated $15,000 price tag.

“The protest is based on the claim that the pavilion is unnecessary,” the newspaper reported. “That the cost of the construction will add to the burden of the taxpayers and that it will be injurious to property values.”

But plans went ahead, and the shelter, toilet building and refreshment stand opened later that year. For decades, the Minneapolis Park and Recreation Board ran the concession stand – selling ice cream, popcorn, hot dogs and other items. But in the early 2000s, the decision was made to lease to an outside vendor.

The Tin Fish operated there from 2004-17 before Lola on the Lake took over the space last year.

The owner of Lola said he hopes to keep his business up and running during the rebuilding process through the use of food trucks.

“I look forward to the process and the product, but in the meantime, we want to push some pulled pork and walleye tacos and walleye sandwiches and get the beer flowing again,” Louis King told KSTP.

This isn’t the first time fire has damaged the building. In a 1978 article in the Minneapolis Tribune, the newspaper reported the food stand planned to reopen after being damaged by arson on June 30 of the previous year.

Dick Yates, then the manager of special services for the MPRB, told the newspaper the stand had done about $30,000 worth of business in 1976.

The MPRB said renovations were made there in the late 1980s. Now, though, the building is being torn down after it was deemed unsalvageable by a structural engineer the day after the fire.

“Demolishing the building will eliminate any future public safety hazard and potential environmental impacts to the lake,” read part of a release from the MPRB last week.

But Salzman said a big part of the experience that many visitors to the lake had is disappearing.

“That building has always been synonymous with the lake,” he said. “It’s hard to see it go.”