The state football semifinals start on Thursday, and the Champlin Park Rebels are among the final four teams in 6A, the biggest class.

We caught up with the Rebels, as they practiced in the Maple Grove Dome. Semifinal games are played at U.S. Bank Stadium, so if teams can, they like to practice indoors on turf in preparation.

Click the video box on this page to watch chats with QB Jaice Miller and coach Nick Keenan, plus video of the Rebels in action

Champlin Park enters Thursday’s game 9-1, and this is their fifth time in the state semifinals. 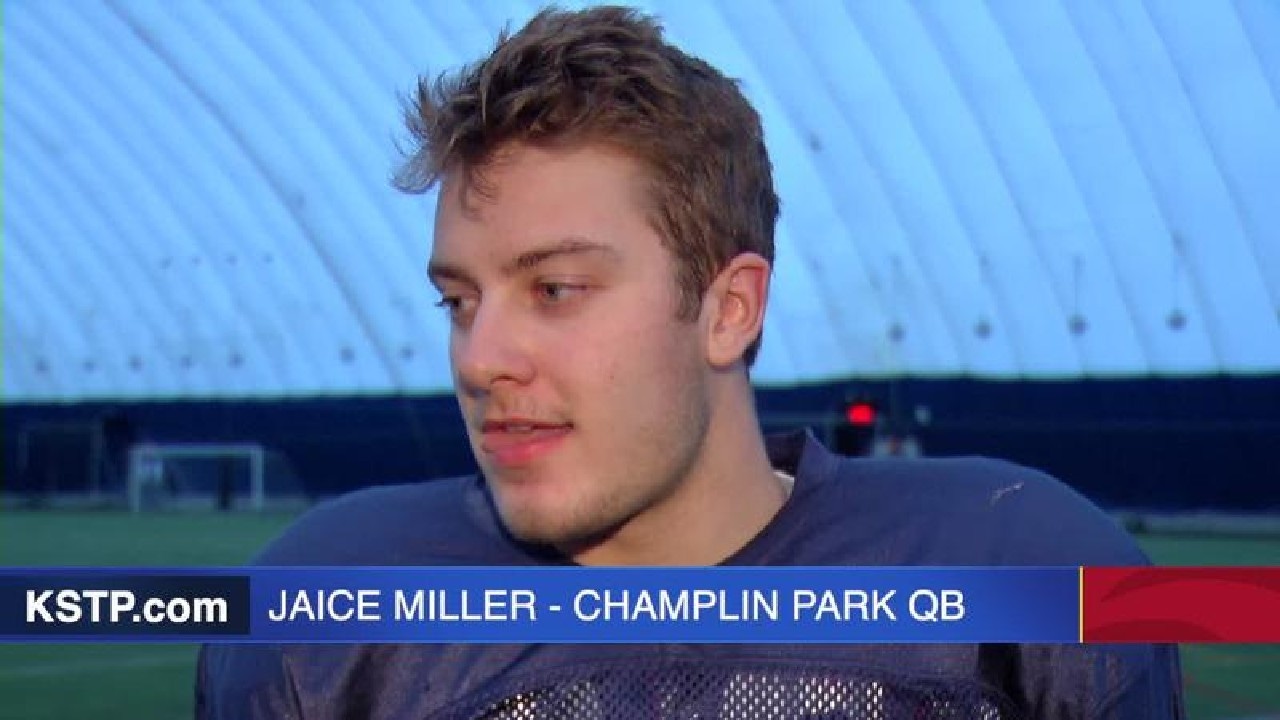 Champlin Park QB Jaice Miller is all business this week, and he likes his team's chances against the defending state champs.

Kickoff Thursday night between the Rebels and Lakeville North Panthers is set for 7 p.m. The winner advances to the 6A Prep Bowl. Lakeville North is the defending 6A champion.