The Veterans Affairs Office of Inspector General released a report this week on the death of Justin Miller that discovered problems with how the Minnesota veteran was cared for while at the Minneapolis VA Hospital.

Thirty-three-year-old Miller, of Lino Lakes, was found dead from a self-inflicted gunshot wound by VA police in the hospital’s parking lot back in February. He had left the hospital the day before.

“I hope Justin is the last one the VA leaves behind,” said Alissa Harrington, Miller’s sister. “If I can tell his story so no other sister or brother has to be there to put their sibling in the ground, that would be good, that would be enough.”

Miller was a Marine who was deployed to Iraq with the 2nd Marine Aircraft Wing Band in 2005. He also provided security on the base for other Marines.

“He was having a hard time, there were some stressors in his life, triggered this, he knew enough to go to VA for help,” said Greg Miller, Justin’s father. 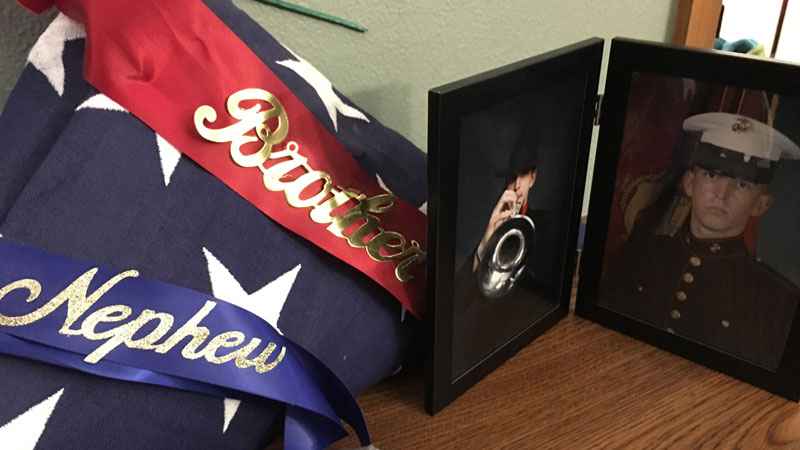 Records show Justin Miller called the Veterans Crisis Line, who suggested he go to the Minneapolis VA Emergency Room, where he would spend four days.

The Office of Inspector General suggested changes including staff training after it found, “…deficits in the care provided to the patient related to team communication, treatment and discharge planning, and accessing access to firearms.”

“It is infuriating to know that there is a possibility that Justin’s death could have been prevented,” said ranking committee member Rep. Tim Walz (D) Minnesota. “It should outrage us all that an entire health care system failed at something so serious and that it claimed to be their highest clinical priority.”

VA issued this statement to KSTP:

“We appreciate the Office of Inspector General’s oversight, which focused on events that occurred in February 2018. The Minneapolis VA HCS is always appreciative of consultation from external reviewers as we strive to be a high reliability organization. Since that time, the Minneapolis VA Health Care System has begun implementing each of the OIG’s recommendations, which are expected to be completed by January 2019.

“A focused review of communication and documentation across the continuum of care to minimize gaps in the delivery of care. A comprehensive review of the current process of identifying suicide risk prior to discharge from the inpatient Mental Health Service and ensure that the process is consistent with national directives and best practices.

“As noted in the OIG report, the OIG was unable to determine that any of the seven recommendations, or combination, of these factors was a causal factor in this Veteran’s death; however, it is an opportunity for the Minneapolis VAHCS to review and implement lasting improvements in the care provided their Veterans.”

“Did what they do … was that an immediate cause of Justin’s death, no, his illness was, but they were there to help him with illness, and that is what they did not do,” said Greg Miller.

The Veterans Crisis Line is a free, anonymous, confidential resource that’s available to any service member or veteran in crisis. You can call, web chat or text.