When Sophia Uhlenkamp was 12-years old, she was diagnosed with anorexia. Patient records show her health insurance provider determined recommended in-patient treatment was not "medically necessary."

As a teenager, Brooke Mischler, now 21, was sent to an emergency room by her psychiatrist who believed her eating disorder was in critical need of treatment.

Her insurance company refused to cover the cost of the visit because Mischler only needed "hydration," according to a lawsuit filed by her family.

Max Tillitt was court-ordered into treatment for his heroin addiction. He was forced to leave residential treatment early after his insurance cut off funding, according to a class action lawsuit. Tillitt died months later from an overdose his family says could have been prevented had his insurance not been wrongfully denied.

A 5 INVESTIGATES review of medical, state and court records found that health insurance companies have repeatedly denied coverage to patients who are seeking treatment for mental health-related disorders. 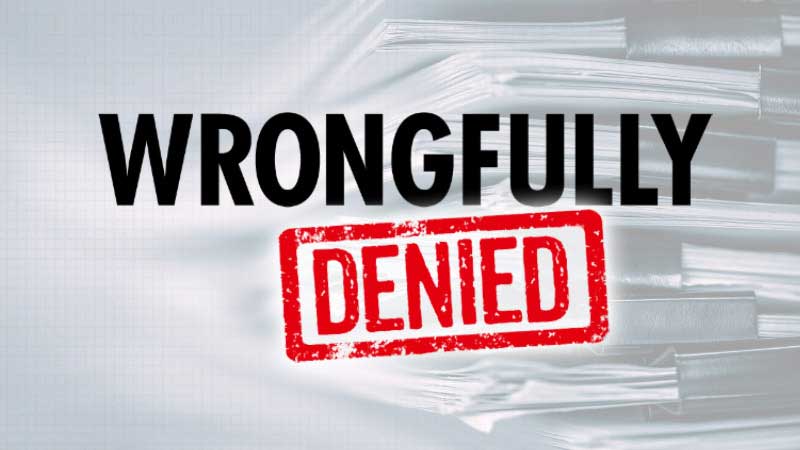 While federal privacy laws make it difficult to know exactly how many patients in Minnesota have been denied coverage, the practice became so problematic at one point that it led to a landmark lawsuit by the state’s then Attorney General, a multi-million dollar settlement and widespread reform that led to a drastic decrease in complaints.

Currently, attorneys say the number of patients being denied coverage is once again trending in the wrong direction. As proof that the problem is ongoing, they point to a recent class-action lawsuit in which a federal judge said a Minnesota-based insurance company’s guidelines—which determine which patients receive coverage—are "fundamentally flawed" and "tainted by financial interests."

"I really question how many people are out there, not getting the help that they need," said Jeannie Uhlenkamp, Sophia’s mother.

After her diagnosis, Sophia Uhlenkamp, now 14, was in and out of residential treatment for anorexia nervosa. Her mother said their health insurance provider, Blue Cross Blue Shield of Minnesota, stopped covering the more extensive type of care after six months even though Sophia was still struggling to maintain her weight.

Sophia Uhlenkamp, now 14, was in and out of residential treatment for anorexia nervosa.

In 2017, Blue Cross suggested the teen should go instead to an "intensive outpatient treatment" program.

However, the Uhlenkamps live in Redwood Falls, more than two hours from any specialist or treatment center.

In a statement to 5 INVESTIGATES, Blue Cross said its criteria "didn’t account for geographic distance" in the Uhlenkamp case.

The company’s decision was later overturned by the Minnesota Department of Commerce, which can review insurance denials in certain cases.

Yet just months later, when Sophia relapsed, Blue Cross again denied to cover the cost of her treatment.

Blue Cross said it’s since changed its policies based on the Uhlenkamp’s experience and is taking steps "to prevent this type of issue from reoccurring."

Another family was forced to sue their insurance provider after exhausting their appeals.

OptumHealth, a subsidiary of Minnesota-based United Healthcare, repeatedly refused to cover Brooke Mischler’s eating disorder treatment, including one instance in which her symptoms were so bad that she was sent to the ER by her psychiatrist, according to court records.

Yet, OptumHealth determined that Mischler was "not in immediate danger of hurting herself" and only needed "hydration," according to the lawsuit, which was later settled out of court.

Elizabeth Wrobel, who represented the Mischlers, specializes in health insurance benefit disputes and said she finds the practice of denying mental health disorders is not limited to a single company.

No incentive to comply

Minnesota recognized the magnitude of the problem in the late 1990s, when the Attorney General’s office began receiving a large number of health-related complaints against insurance companies.

Hatch negotiated a settlement in 2002 in which Blue Cross paid more than $8-million and agreed to have every denied claim reviewed by an external panel within one business day.

"We then turned to Medica and Health Partners and said, ‘You know, you’re up next,’" Hatch said. "Complaint levels went down to zero."

The settlement is lauded by patients, advocates and attorneys as a landmark moment in the fight for mental health coverage.

However, in 2007, the deal expired and the review panel dissolved.

Today, Hatch said he believes companies have reverted back to denying coverage because "there’s no incentive for them to comply."

Elizabeth Wrobel, the attorney who specializes in such cases, said, "Instead of moving forward, we’re probably moving backward."

Wrobel says denying coverage for mental health disorders has once again become a common practice because health insurance providers often operate on their own set of internal guidelines instead of relying on industry-adopted standards.

"So often, the guidelines don’t match the disease," Wrobel said.

In March, a federal judge in California condemned United Healthcare’s guidelines for being based "as much or more on its own bottom line" instead of with the interests of patients in mind.

Chief Magistrate Judge Joseph C. Spero found the company’s process was "fundamentally flawed" because it was tainted by "financial interests."

In response to the ruling, United Healthcare told 5 INVESTIGATES that the issue "underscores the pressing need to establish and gain widespread adoption of clear, evidence-based treatment standards" for mental health-related disorders.

The provider also said it is "committed to ensuring our members have access" to treatment.

DeeDee Tillitt, of Eden Prairie, argues that access was not given to her son, Max, who died in 2015 of a heroin overdose after struggling with substance abuse and addiction.

Max Tillitt died in 2015 of a heroin overdose after struggling with substance abuse and addiction.

Tillitt, who was a named plaintiff in the class action lawsuit, said months before his death, Max was court-ordered into treatment at Beauterre Recovery Institute in Owatonna. He made it only 20 days.

In a statement to 5 INVESTIGATES, United Healthcare said it has since changed its guidelines for substance use disorders.

Tillitt said she believes if Max could have stayed in residential treatment, he would be alive today.

"He was so motivated Tillitt said. "Max had a treatable disease. But he wasn’t treated for it."