A nonpartisan research group at Syracuse University says Immigration and Customs Enforcement (ICE) is detaining fewer immigrants with serious criminal convictions – a trend also reflected in a review of detention data in Minnesota by 5 INVESTIGATES.

The latest report from the Transactional Records Access Clearinghouse (TRAC) Immigration Project found that while ICE is detaining more people overall in recent years. Fewer of those immigrants have been convicted of what ICE considers the most serious offenses, such as murder, assault, and drug trafficking.

5 INVESTIGATES the previous review of cases where immigrants in Minnesota challenged their detention since 2017 found at least 40 (about one out of four) had misdemeanor, non-violent offenses, or had not been charged with a crime at all. 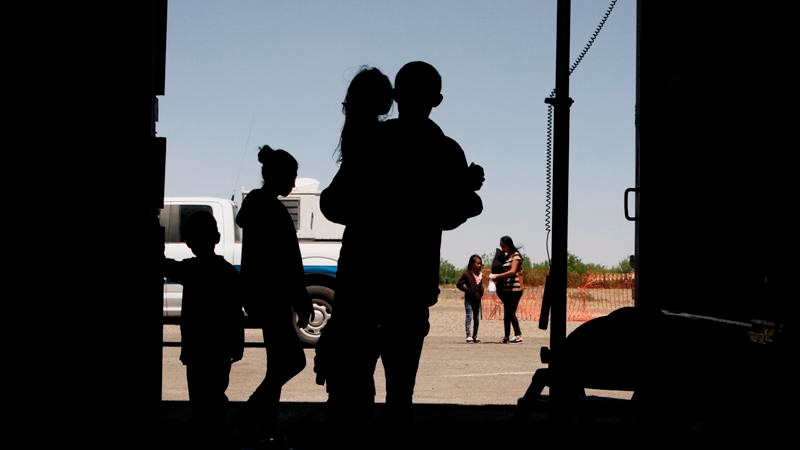 In this Wednesday, May 22, 2019 file photo migrants mainly from Central America guide their children through the entrance of a World War II-era bomber hanger in Deming, N.M.[AP/ Cedar Attanasio]

"We ask for the information monthly, but that doesn’t mean you get it monthly," Long said. "And Immigration and Customs Enforcement isn’t the most cooperative agency."

According to TRAC’s latest report, the number of detainees classified as having the least serious criminal offenses increased from about 6,000 in 2015 to 9,500 this year. An earlier report by TRAC also found an increase in detainees with no criminal convictions.

A spokesman for ICE declined to comment on TRAC’s report, but said the agency’s own report for the fiscal year 2019 found more than 86 percent of those arrested by ICE had "criminal convictions or pending charges."

At the Sherburne County Jail, which has a contract with ICE to hold 300 immigrant detainees, those with no criminal convictions or low-level offenses increased from 47 percent in March 2016 to 66 percent at the end of April this year.

Sherburne County Sheriff Joel Brott declined previous requests for an interview about the jail’s contract with ICE, which pays up to $100 a day per detainee. County Board Chair Tim Dolan defended the county’s deal but said it doesn’t decide who federal agents decide to detain.

"We’re strictly a housing contract, and that’s where our partnership ends," Dolan said in an interview earlier this year.

Long says TRAC doesn’t have a position on whether the detentions should continue.