Teen to Terrorist: Willing to Help the Government

Hundreds of nights have come and gone in the days between freedom and incarceration for 20-year-old Adnan Farah, one of the nine Somali-American teenagers who was arrested and admitted to terrorism charges.


See extensive coverage of our Teen to Terrorist series here.

Abdi and Ayan Farah’s oldest sons are both in prison, guilty of conspiring to help the Islamic State. Adnan Farah pleaded guilty to terrorism charges, and Mohamed Farah was convicted during a jury trial. 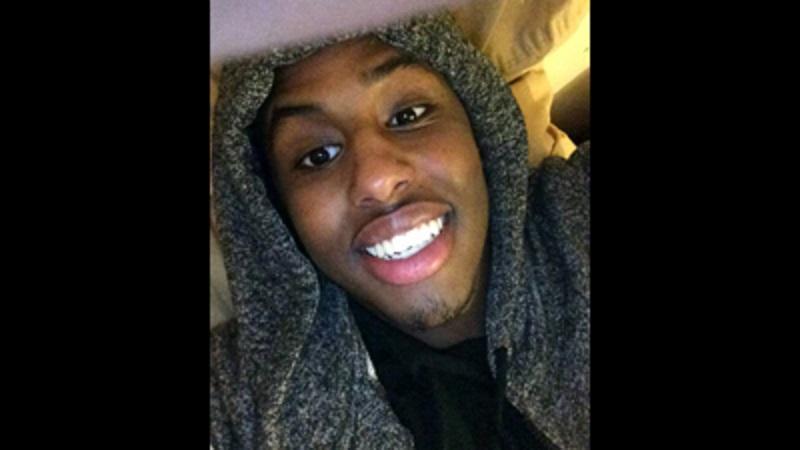 The government’s case against the Farah brothers and seven others became the largest and most significant terror recruiting case in the country.

The revelations sent the Farahs into denial and out of their quiet, happy, middle-class life. It shattered the fibers that held their family together.

“I am not believing they are terrorists,” Ayan Farah said.

“They are misguided, both of them,” Abdi Farah said.

The Farahs’ lives changed when their boys’ lives changed. Abdi and Ayan say they have become pariahs in their own community and live in fear of retaliation.

Adnan Farah says he wants to earn his way back into everyone’s good graces by helping the government.

“I made a mistake,” Adnan Farah said. “I ask the world to forgive me … I’m a different man … I can be an important asset … I hope I get a chance to prove myself to my family, the government and my country. I can come back from this.”

He says he wants to go to different communities and talk openly with kids about ISIL and their recruiting efforts. He says the government will lose the ISIL recruiting fight if they don’t use former recruits like him.

“They don’t speak the same language; they don’t have the culture background,” Adnan Farah said. “You need somebody like myself to help these kids understand.”

The crime that splintered the spirit of the Farahs is the same crime bringing them back together.

“We can help the government work as community work, as advocates, me and my boys,” Abdi Farah said.

Adnan Farah’s attorney, Kenneth Udoibok, said he didn’t know Adnan was going to give this offer. Udoibok also knows his client is taking a huge risk by telling his story.

Udoibok said the court can sentence Adnan Farah to probation, which could include sentencing him to speaking engagements throughout the community.

“It would include going to these communities and say, ‘Hey, my name is Adnan Farah and I’m a convicted terrorist, but I’m standing here telling you the truth, and the truth is if you are watching ISIL videos, they are misleading you. You are not going to be as lucky as me because six have gone and died and there are others spending their lives in prison. I’m one of the lucky ones. If you take that path, it’s not going to end well,’” Udoibok said.

That’s the story Adnan Farah desperately wants to tell other young men his age, and this may be his only chance to tell his own story.

Adnan Farah says everyone has their own perspective of him because he wasn’t able to tell his story. He said people think he’s a terrorist and is dangerous and that the only way he could convince them that he is neither of those things is through his conduct, his character and his words.

Telling 5 EYEWITNESS NEWS his story could cost Adnan Farah; he says ISIS could come after him and his family.

“No matter what comes out of this, I want to tell my parents, the judge and the world [that] I don’t have hatred in my heart, and all I want to do is help people,” Adnan Farah said.

The hours, days, months and almost two years behind the steel bars of a county jail brought Adnan Farah to a new realization.

“I’ve become very thankful,” he said. “I could have been dead, you know. I could have never seen my family again, washed up in some Syrian river or buried somewhere without my name on it.”

His head is filled with more questions than answers these days.

“My parents are getting old, and I have younger siblings,” Adnan Farah said. “I think about that a lot … I am afraid; I don’t know what to expect.”

He says his hopes and dreams help him keep the light on in his darkness.

“My hopes are, one day I can hold my mom again,” Adnan Farah said.