A Twin Cities developer and general contractor will likely face new scrutiny from city and state officials after an accused labor trafficker was found back on its job site last week.

The fallout comes one week after 5 INVESTIGATES took pictures and videos on a Reuter Walton site in Richfield of Ricardo Batres. Batres is out on bond, awaiting trial for charges that he trafficked undocumented workers, stole their wages, and threatened to report them to ICE.

Prosecutors said Friday that he could now face additional criminal charges and may have violated the conditions of his release.

In a series of tweets, Minnesota Attorney General Keith Ellison, called the findings of the 5 INVESTIGATES report “vile” and “outrageous.” 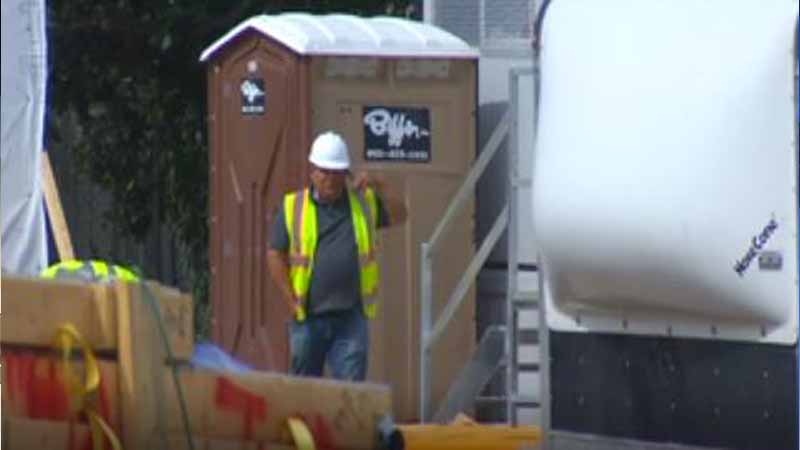 Nick Walton, part owner of Reuter Walton, initially denied Batres was on their site, but later confirmed that he was working for a now-fired subcontractor and that he slipped through by using an alias.

A spokesperson said the company remains “committed to a renewed vigor of vetting every worker and subcontractor on all of our projects. This story unfortunately brings to light an industry-wide challenge that many contractors have faced. We will work tirelessly to protect the workers on our projects, and ensure all of our subcontractors are in compliance with all state, local and federal laws and regulations.”

The company will likely face additional questions in cities where they operate job sites that receive public subsidies.

Weeks before trial, suspected labor trafficker spotted on developer’s job site
Officials with the City of Richfield, where Batres was spotted, said in a news release they were “stunned and disappointed that any project within Richfield would be associated with someone that is accused of illegal labor practices.”

The city said it’s in the process of examining its policies and procedures to determine if the city can do more to promote fair labor practices.

A spokesperson for the City of Roseville also issued a statement saying the city is “seeking additional information” to determine if any further action is warranted.

State Rep. Jamie Becker-Finn, whose district includes Roseville, said she reached out to Roseville city leaders after the 5 INVESTIGATES report to push them to reconsider giving public subsidies to a Reuter Walton project.

“I was really angered by it,” Becker-Finn said.

“The more immediate way for us to address this is for our cities to say look, we don’t want to do business with people who operate like that. If the developers can’t get the projects because of their business practices then that effectively can put a stop to the behavior.”

Reuter Walton maintains it had no knowledge that Batres was working on their site. Initial statements to 5 INVESTIGATES said the company has no relationship with Batres and that he was brought on – under an alias – by subcontractor, Mina Construction.

The company said it now requires all subcontractors to sign in at job trailers every day, and plans to hire a compliance officer that will check ID’s.