Sex, lies and disgrace: The honorable discharge of a commander in Minnesota’s National Guard

A high ranking commander in the Minnesota National Guard targeted and “exploited" female soldiers directly under his command for sex and then was allowed to retire last year with an honorable discharge, according to military records recently obtained by 5 EYEWITNESS NEWS.

Those records show Lt. Col Michael Pazdernik had sexual relationships with at least four “vulnerable soldiers” dating back to 2016.

Pazdernik, 44, served as the Commander of Recruiting and Retention during that time period and was looked to for leadership and mentorship by the female soldiers. Instead, the Guard found Pazdernik “exploited their trust” for his own “sexual gratification.”

He also lied under oath and, "equally egregious… pressured a female soldier to lie” about the relationship, records show.

Pazdernik did not respond to multiple interview requests for this story. 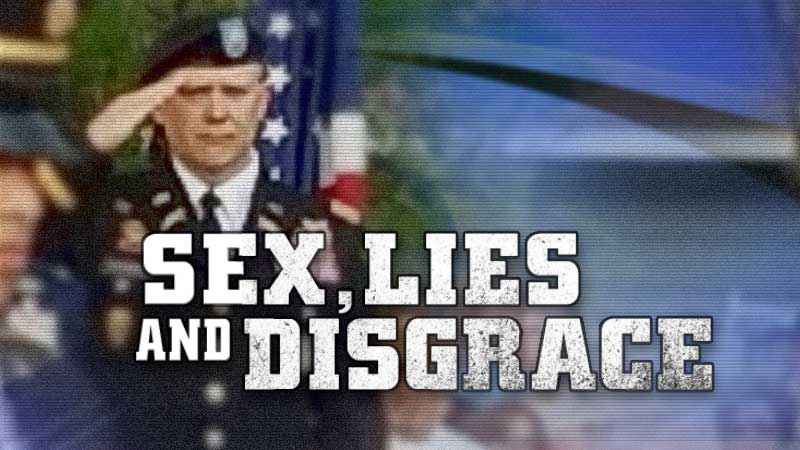 In a letter of reprimand issued last April, Maj. Gen. Jon Jensen, the head of the Minnesota Army National Guard, called Pazdernik’s actions “disgraceful and a clear violation of Army law and policy.”

Jensen found Pazdernik, who is married, guilty of several military violations including adultery, making false statements and conduct unbecoming of an officer. He was removed from his job in recruiting and docked a month’s pay.

Yet, Jensen allowed Pazdernik to retire from the guard two months later with an honorable discharge, 5 EYEWITNESS NEWS has confirmed.

Lt. Col (Ret.) Gary Barthel, who served as a Marine JAG attorney for 16 years, called Jensen’s decision "a disgrace to all the other service members who do serve honorably."

Barthel reviewed Pazdernik’s records at the request of 5 EYEWITNESS NEWS.

Trista MatasCastillo, a Marine and Navy veteran who also served as a First Lieutenant in the Minnesota Army National Guard, says Pazdernik’s behavior and his honorable discharge are “disgusting.”

“On paper his service looks honorable but the problem was he was abusing his power and authority and that’s not honorable,” she said.

Now a Ramsey County commissioner, MatasCastillo also advocates for female veterans who have been sexually harassed or assaulted.

“This matters because of his position of authority and power,” She said. “When we are talking about someone who has high rank, power and authority over someone’s career…that’s how you get control.”

A source close to the investigation told 5 EYEWITNESS NEWS that Pazdernik “groomed” the women and they feared retaliation from a highly decorated commanding officer.

Pazdernik, who joined the National Guard in 1996, earned more than two-dozen commendations – including two Bronze Stars – during his nearly 20-year career in the military.

“That’s a very real fear,” said Barthel, the Marine JAG who has prosecuted and defended high ranking officers in the military. "Those subordinates, in reality, are victims themselves."

He said the records show Pazdernik’s conduct was particularly problematic because he lied about the relationship and pressured another soldier to lie.

“Those (offenses) are the most egregious acts an officer could commit because it affects his integrity,” Barthel said.

Barthel said he believes such offenses warranted a court martial.

However, a spokesperson for the guard says a court martial was not pursued in Pazdernik’s case because the female soldiers did not want to testify.

“Because it was determined to be unreliable and untimely concerning the outcome desired and our Soldiers would likely have been required to testify publically, a court-martial was not selected,” said Colonel Joe Sharkey, adding that they pursued the swiftest punishment possible.

Pazdernik retired as a Lieutenant Colonel but his rank is currently being reviewed by the Secretary of Army which is standard policy. A demotion in rank could affect his pension. However, his honorable discharge means he will not lose any military benefits.

“In this case, he got slapped on the hand as he got rewarded on his way out the door,” said MatasCastillo.

She says those women who were exploited by Pazdernik were the only ones who acted with honor.

“They are heroic in stepping forward.”

If you know of any issues involving members of the Minnesota National Guard, please contact Eric Chaloux via email at echaloux@kstp.com, Joe Augustine via email at jaugustine@kstp.com and Ana Lastra via email at alastra@kstp.com.