For the first time in more than a decade, the largest county in the state will get a new top prosecutor, marking the start of a new era in the county attorney’s office.

Mary Moriarty, who ran on juvenile justice, reducing violent crime and holding police officers accountable, will replace the retiring Mike Freeman as Hennepin County Attorney at the beginning of the new year.

When the longtime public defender is handed the keys to her new office in the government center, she’ll be working alongside attorneys she once sparred with in the courtroom.

“There’s going to be fear,” Moriarty said in an interview with 5 INVESTIGATES. “I will be trying to alleviate that so that they understand who I am and what I’m about and how I want to work with them to make that office as effective as it possibly can.”

Moriarity won her race by more than 15% – beating out former prosecutor and judge Martha Holton-Dimick. 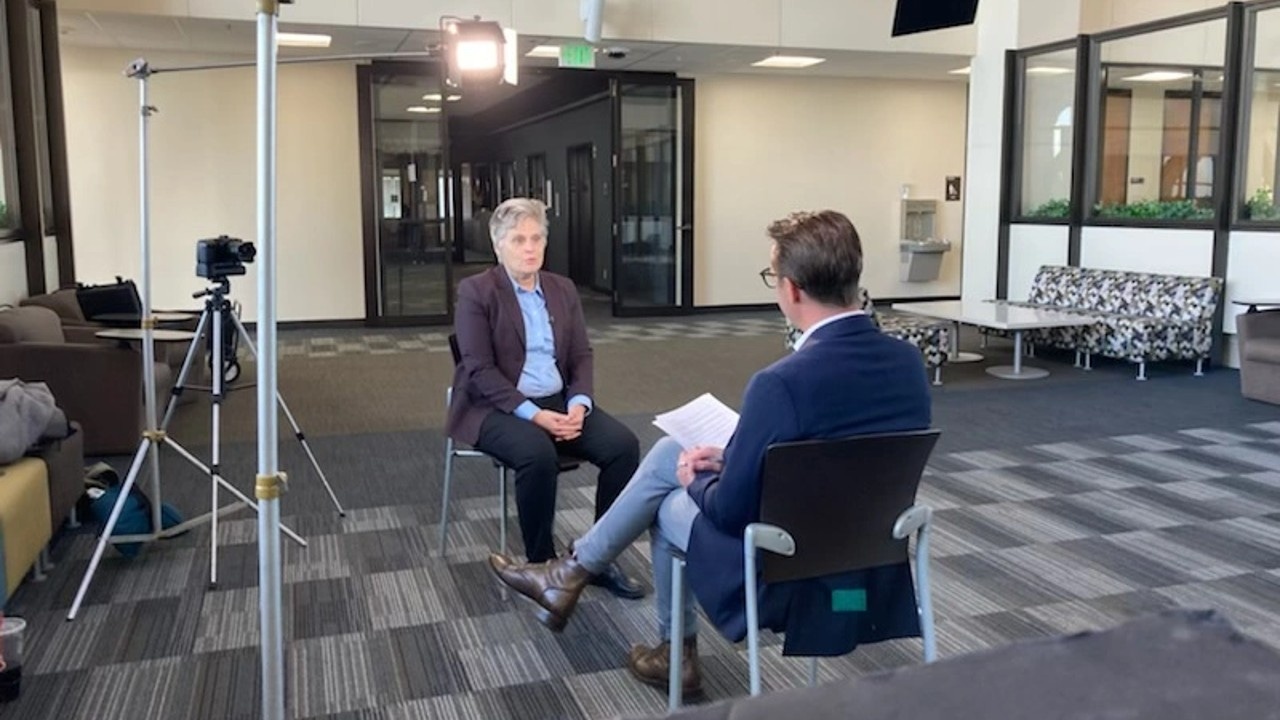 Mary Moriarty will take over as Hennepin County Attorney on Jan. 3.

While she begins her term with a mandate from voters, there are questions about whether she will have the same support from her own staff and police.

The Minnesota Reformer recently reported on the potential “wave of MPD departures” with Moriarty’s arrival as prosecutor.

“I have talked about some reforms relating to police, and I understand why police might be a little nervous about that,” Moriarty said in an interview earlier this month.

Moriarty will take office at a time when the Minneapolis Police Department is facing intense scrutiny not just by the public but by the U.S. Department of Justice.

The DOJ is in the midst of a “pattern or practice” investigation into MPD – reviewing some of the same issues identified by 5 INVESTIGATES back in 2021.

An analysis of court cases involving allegations of excessive force revealed a pattern of officers falsifying police reports, omitting key details, or failing to report their use of force altogether.

“It’s a huge problem, and I think the public needs to understand that because if we have officers out there who have, for instance, been found to have lied by judges who have engaged in inappropriate conduct, it’s hard to call them as witnesses,” Moriarty said. “It damages public trust.”

Brady Lists are routinely kept by county prosecutors across the country to track which officers may have credibility issues that could jeopardize a criminal prosecution.

On the campaign trail, Moriarty pledged to create a Brady list after 5 INVESTIGATES reported that no such list currently exists in Hennepin County.

“It was actually public defenders, interestingly, that were trying to keep that kind of list because the county attorney’s office was not,” Moriarty said.

“I can’t just be sitting in my office waiting for police chiefs or whoever to get me that information, I have to go find it.”

During the wide-ranging interview with 5 INVESTIGATES, Moriarty talked about what she felt was her obligation to also look backwards, to make sure she’s comfortable with certain decisions that were made.

She said the $1.5 million settlement with Jaleel Stallings is a case where the public expects more accountability.

Stallings is the former Army veteran who was acquitted on charges of attempted murder for firing at an unmarked police van during the civil unrest.

The body camera video only became public because the county attorney’s office took the case to trial and lost.

The Minnesota Bureau of Criminal Apprehension (BCA) is currently investigating the officers use of force.

“It certainly appears from video we got that Mr. Stallings was assaulted by the police. He had a broken eye socket, which is a felony assault in Minnesota,” she said. “I’m hard-pressed to see how that was an objectively reasonable use of force.”

Moriarty also said she would take another look at the case against Brian Cummings, the former MPD officer who was charged in connection with the deadly chase that killed Leneal Frazier in the summer of 2021.

As 5 INVESTIGATES reported last year, the decision to criminally charge a police officer involved in a high-speed pursuit was controversial and unprecedented.

“I have to be part of looking at the case and making sure that I am comfortable with that charge, and how we’re going to move forward, which is not to say that I’m going to change the decision,” she said. “But I certainly need to be involved in just looking at cases of that nature.”

Moriarty will be sworn in on January 3rd.

Reporter Ryan Raiche also discussed two previous high-profile cases with Mary Moriarty, you can see that interview in the video player below: