As lawmakers begin a new legislative session at the state capital, one issue they may be asked to revisit is the new state arbitration system for police officers that is in danger of collapsing before it ever gets off the ground.

The system, folded into the so-called “historic” police reforms that the state legislature passed in the wake of George Floyd’s death, is the bedrock for how fired police officers accused of serious misconduct fight to win their jobs back.

But 5 INVESTIGATES has learned the new rules are severely limiting the pool of candidates who are supposed to resolve these high-profile, and often contentious officer disputes. The agency that runs the system is struggling to find six arbitrators who would focus solely on cases involving police officers, as required under the new law.

So far, only two of the six openings have been filled.

“Because they’re limited to only doing these types of cases, I believe it’ll be hard to find six,” said Jan Johnson, the Commissioner of the Bureau of Mediation Services. 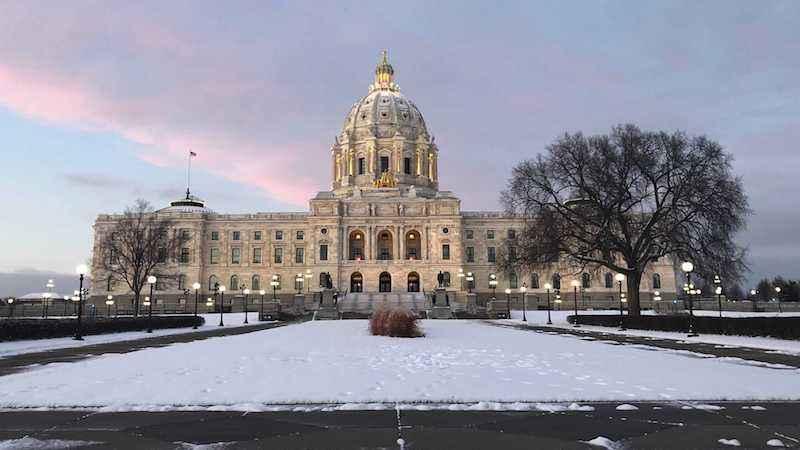 Lately, Johnson is acting more like a recruiter, desperately looking for people who want the job.

“They have to be a true neutral. They can’t have biases,” said Johnson.

The old arbitration system had a roster of nearly 40 arbitrators — who act sort of like judges in labor disputes — that heard cases from a variety of professions including police officers, nurses, janitors, and bus drivers.

But the new law carves out a smaller pool of highly qualified arbitrators just for police officers. Those selected must have a history of neutral rulings and go through special training. They are also banned from hearing cases in other professions, limiting their income.

With cases now starting to stack up, Johnson believes the police reforms that were celebrated just seven months ago may be causing problems instead of fixing them.

“In my opinion, arbitration wasn’t broken,” she said.

Even critics who believe the old system was broken, including most police chiefs, say the so-called fix may actually be a step backward. Police chiefs have long argued that it is too hard to keep fired officers actually fired.

5 INVESTIGATES previously found those officers win their jobs back in arbitration about 50-percent of the time.

“I think the reform stuff that the legislature put in place is nothing more than a fresh coat of paint on a broken house,” said Chief Paul Hoppe, at the Wyoming Police Department. “It certainly isn’t going to change the system. And we think that it could very well be worse than the previous system.”

Hoppe had one of the final police officer cases go through the old system before lawmakers dismantled it last summer.

Former officer Anthony Zerwas was so confident he would win his job back in arbitration that he mocked the chief on a social media site, posting a meme of a yacht called “SS Thx Chief” that he planned to buy with the settlement money from his wrongful termination.

But after hearing both sides, an arbitrator agreed that Zerwas deserved to be fired for slamming a handcuffed suspect to the ground in a secure jail sallyport in the fall of 2019.

Hoppe says the system worked in that case and credited the arbitrator for upholding the termination.

But that arbitrator can no longer make those decisions without first applying to specialize in police cases, under the new law.

Representative Ryan Winkler, the state house majority leader, is one of the lawmakers who championed the new system, calling the reforms “sweeping” and “significant.”

Six months later, in an interview with 5 INVESTIGATES, Winkler defended the law while urging patience.

Winkler said he would reconsider the law if the state continues to struggle to find people to do the job.

“But I think it does take time,” he said.

Winkler says he does not believe the challenges facing the arbitration system are the result of moving too quickly to find a solution in the aftermath of George Floyd’s death.

“People had been advocating for many of these changes for a long time,” Winkler told 5 INVESTIGATES.

On the other hand, Johnson, who runs the system, believes lawmakers may now have to reform the reforms.

“I think we’re gonna have to take a look at it and make some changes along the way. Definitely,” she said.