Hundreds of veterans across the country, including dozens from Minnesota, are accusing Maplewood-based 3M of selling the military "dangerously defective" ear plugs that failed to protect Marines and soldiers from long-term hearing related disabilities, according to court and government records.

A flurry of lawsuits are being filed in the wake of the company’s settlement with the U.S. Department of Justice last year in which it paid $9 million to resolve allegations that it "knowingly sold" the dual-ended Combat Arms Ear Plugs, Version 2, "without disclosing defects that hampered the effectiveness of the hearing protection device," according to a government news release.

3M did not admit any wrongdoing as part of that settlement. Read 3M’s full statement on the ear plugs here.

"We deny this product was defectively designed," a company spokesperson said in a statement to 5 INVESTIGATES, adding they will "defend against the allegations in these lawsuits."

More than 630 lawsuits have been filed and will be heard in a federal court in Florida. An attorney involved with the multi-district litigation says roughly 30 have been filed by veterans who live in Minnesota. 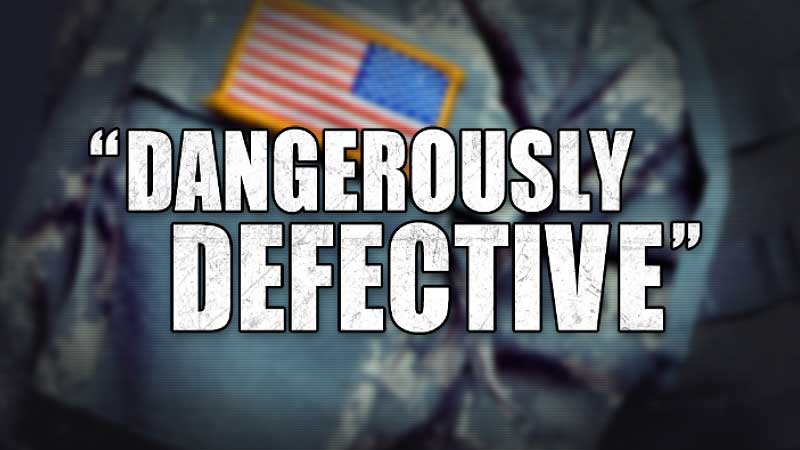 Sarah Kay Carlson, an Army veteran from St. Paul, filed her lawsuit in April, claiming 3M exposed her and thousands of other Marines and soldiers to "extremely dangerous and disabling noise."

Carlson, who was deployed as part of Operation Iraqi Freedom in the late 2000s, provided security to convoys targeted by mortar shells that sounded like, "fireworks…but closer."

After her tour, Carlson said she noticed hearing problems when she returned to Minnesota.

"It does permanent damage that cannot be fixed," Carlson said. "There are moments where I have constant ringing (in my ears)."

Carlson said that ringing in her ears has been diagnosed as tinnitus — a symptom of hearing loss — and she receives a monthly disability check from the Department of Veteran Affairs (VA).

Dr. Samuel Levine, a VA doctor and medical professor at the University of Minnesota, said veterans seek care for tinnitus and other hearing-related issues more than any other service-related injury.

"Number one … way out in front," Levine said. "As one vet told me, everything in the military goes ‘boom.’"

‘Too short for proper insertion’

The military first started supplying the Combat Arms Earplugs to protect service members from such debilitating noise back in 2003 —during the early stages of the wars in Iraq and Afghanistan.

"We put these in everyday … trusting everything … the equipment that the Army gives us is going to protect us," Carlson said.

However, the DOJ said the company that originally developed the ear plugs, Aearo Technologies, knew they were "too short for proper insertion into users’ ears," could loosen imperceptibly, and therefore did not perform well for certain individuals.

After 3M acquired Aearo in 2008, it continued to sell the faulty ear plugs "without disclosing defects" for another seven years, according to the DOJ.

The company denied those allegations in recent court filings, saying the ear plugs were designed in "close collaboration with the U.S. military" and fully conform to military specifications "when properly used."

George Hanson, an attorney who has sued 3M on behalf of Carlson and hundreds of other veterans, said their health was jeopardized by the company’s pursuit of profits.

"They were essentially going to be the exclusive supplier of combat based ear plugs to potentially hundreds of thousands of soldiers, Marines," Hanson said.

3M discontinued making the ear plugs in 2015. The company still provides ear protection to U.S. service members, including other types of ear plugs.

In a statement to 5 INVESTIGATES, a company spokesperson wrote in part, "3M has great respect for the brave men and women who protect us around the world and their safety is our priority."