Jan 6: Reflections from Minnesota one year after attack on Nation’s Capitol

Dean Phillips remembers when he first learned about the gas masks tucked under every seat inside the chambers of the United States Capitol building.

During orientation for all new members of Congress in 2019, the congressman from Minnesota was told the masks were an extraordinary safety precaution put in place after the attacks on 9/11. Like the cushions that double as life preservers on an airplane, they would likely never be necessary.

“Lo and behold, never did I imagine that within two years, we would actually have to use it,” Rep. Phillips said.

One year later, there is still a sense of disbelief over the attack on the nation’s capitol. 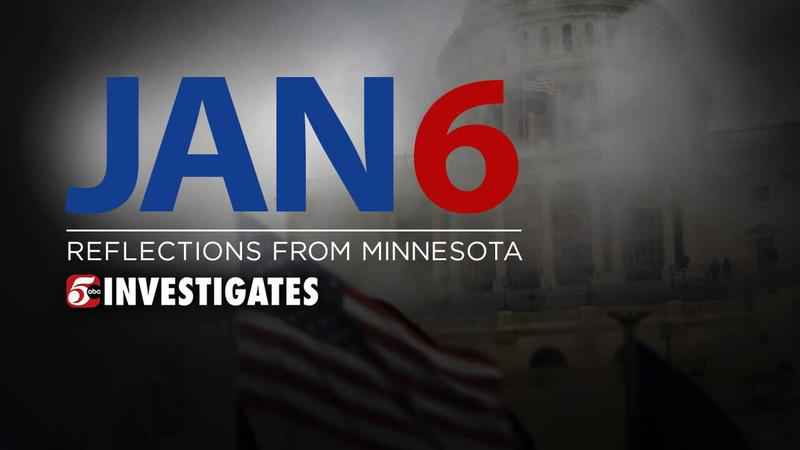 For those trapped inside: disbelief over how such an attack could actually happen.

For those who rallied outside: a refusal to believe it actually did.

“The video I’ve seen of that was a joke,” said Larvita McFarquhar, who traveled to D.C. last year from southern Minnesota to rally outside the capitol.

More than 700 people across the country, including eight from Minnesota, are charged in federal court for their roles in the attack on January 6th. They face charges ranging from parading in the capitol to assaulting police officers.

McFarquhar is not charged with a crime and claims – without evidence – that those facing charges are victims of a government conspiracy. She is one of many who denies that capitol police were attacked despite the video evidence.

“For those who tried to say, either it didn’t happen, or what happened wasn’t a big deal … I say no, no, no. No, no, no. I was there.” Congressman Phillips said. “The U.S. Capitol was stormed by Americans.”

On that day, Phillips had joined his colleagues in the house gallery to witness an important moment in history: the certification of the electoral college votes for the next president.

Meanwhile, an angry mob determined to stop the peaceful transition of power had arrived on the doorstep of democracy.

“It started with the noise pounding on the doors from breaking glass,” Phillips recalled during a recent interview with 5 INVESTIGATES. “Furniture was shoved in front of the seats. The house chaplain was issuing a prayer. People were crying. Many were making phone calls to their family saying goodbye.”

Inside his capitol hill office, Phillips still keeps the gas mask that he reached for in desperation.

“Those 15 minutes are probably analogous to being on an airplane that you think is going down,” he said.

The haunting descriptions of January 6th have been repeatedly verified through pictures, videos and testimony of capitol police who were assaulted.

One officer was killed and more than a hundred others were injured. Four more officers died by suicide in the months that followed.

Yet, the reality of that day continues to be questioned by people like McFarquahar.

“It was beautiful,” she said. Asked to clarify whether she meant the rally or the riot, McFarquhar responded “all of it.”

In an hour-long interview, the restaurant owner from Lynd, Minn. repeated conspiracy theories and denied that lawmakers and police were actually attacked.

“Are you joking?” She asked.

Erica MacDonald, the former US Attorney for Minnesota who was appointed by then-President Donald Trump, says there is no debate over what happened that day.

“This was an attack on our democracy and on the capitol,” she said. “Individuals who can’t come to terms with that, well, then they’re gonna have to live with that. But the rest of us know what this was.”

MacDonald, who was appointed by then-President Trump, helped coordinate what would become the largest federal law enforcement investigation in United States history.

“There are people who just can’t come to terms with the wrong they have done. I’ve seen it, I’ve witnessed it. It’s unfortunate. It doesn’t provide them any growth,” she said.

On Tuesday, Daniel Johnson of Austin, Minn., became the second defendant from Minnesota to plead guilty for his role in the attack.

Six others are still pleading not guilty, including Victoria White from Rochester.

White, who declined to be interviewed, is accused of storming inside and pulling a riot shield from one of the officers in the capitol.

“What they were doing was hitting her and she was protecting herself,” said McFarquhar, who traveled with White to D.C.

McFarquhar said they made the trip to protest government mandates related to the pandemic and to support then-president Donald Trump’s claims of election fraud.

Those claims have been repeatedly investigated, litigated, and disproved.

A year later, McFarquhar remains defiant even as congressional and criminal investigations reveal more details about what inspired the attack.

Rep. Phillips says he has “empathy” for those who marched to the capitol, and those who stormed inside.

“I have empathy, strangely enough… because I believe they were misled by design.”