A year ago, sitting inside the Harbor Light homeless shelter in downtown Minneapolis, 33-year-old Nicole Simonette said she didn’t know if she’d ever get off the streets.

"It is discouraging, feeling like I just want to give up," she said during the November 2018 interview. "It’s like, ‘oh well, I’ll be at the shelter the rest of my life.’"

But Simonette is spending this Christmas in her own apartment. She signed her first lease in seven years in September.

"I can just be me and just feel like it’s my own," she said, sitting on her couch.

Simonette’s story caught the attention of leaders in St. Louis Park, after 5 INVESTIGATES highlighted her case in the "Evicted Before Convicted" investigation that aired in November 2018. 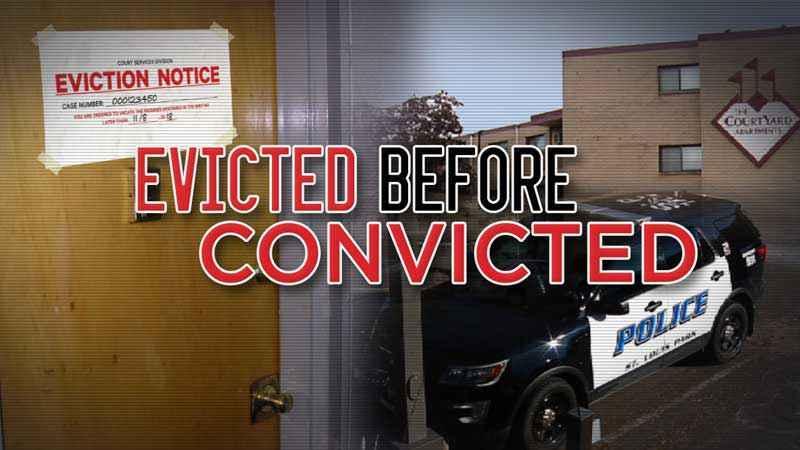 In 2013, Simonette was evicted from her St. Louis Park apartment, after the city said her then-fiancé violated the crime-free/drug-free ordinance.

5 INVESTIGATES discovered she was just one of more than 150 people who had been forced from their homes under that policy who were never charged or convicted with a crime.

"It just felt like I never was ever going to get an apartment again," Simonette said.

This summer, she said she was able to expunge the eviction on her record. That opened up more housing opportunities for the woman who’d spent nearly seven years on the streets.

"It’s amazing how far I’ve come and all the amazing people that have helped me in my life to get to where i am now," Simonette said.

Mia Debbins, a senior outreach community health worker with the Hennepin Health Access Clinic, is part of a team of health care professionals and social workers that work with Nicole on a weekly basis.

She said their focus is to help patients who are experiencing homelessness but also are handling mental health and other behavioral issues on top of that.

"We’re coming more at you from whatever is going on," Debbins said of their approach to care. "We’re meeting you where you’re at and are kind of boots on the ground."

Debbins said the trickle-down effect is amplified when people are without stable housing.

Everything compounds," she said. "It’s a domino effect," adding that she often sees patients who are unable to maintain their health and relationships because finding safe, adequate shelter is of most importance.

"Once people are in housing, their dignity and self-respect and pride and even some joy all returns," Debbins said.

After 5 INVESTIGATES story aired in 2018, city leaders voted weeks later to suspend enforcement of the crime-free/drug-free ordinance and directed a workgroup to look into the impacts of the policy.

That group is expected to make its recommendations to the city council in the new year.