High but not hired: Companies preparing for legal marijuana

The potential legalization of recreational marijuana in Minnesota is forcing businesses across the state to consider whether to still hire job candidates who fail a drug test.

Legislation to legalize recreational marijuana stalled at the capital this year but employers and experts in human resources say it’s the most pressing—and contentious—issue facing companies today.

“We can’t plan soon enough,” said Christina Hogan, director-elect of the Minnesota chapter of the Society for Human Resource Management. “The question really becomes, what do employers do?”

5 INVESTIGATES surveyed nearly 150 small, medium, and large businesses around the state to see how they plan to adjust if marijuana is legalized.

Type of businesses that responded to the 5 INVESTIGATES survey

Of the employers who test candidates for marijuana today, the majority—more than 65 percent—said they will keep testing for marijuana even if it becomes legal.

Businesses stated that anyone who fails the drug screening won’t be hired. 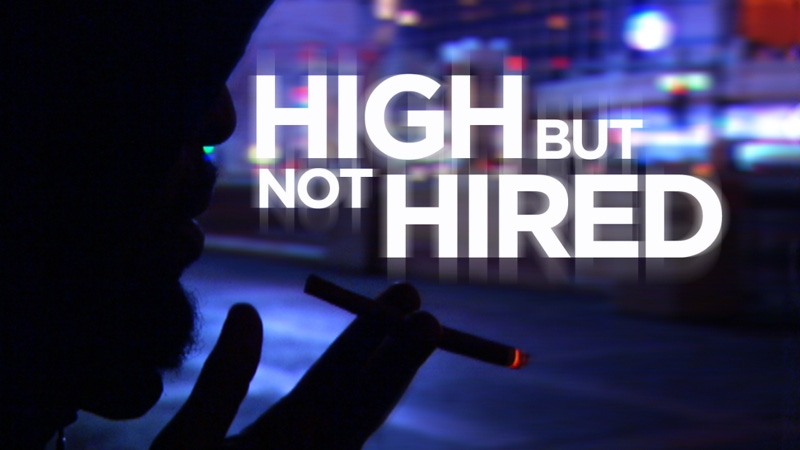 “Smoking pot, and legalizing it, is just a whole new world for us that we don’t know if we want to get into,” said Sharon McCord, an executive recruiter for manufacturers in Red Wing.

However, that steadfast approach backfired on companies in states that have already legalized marijuana, according to Thoran Towler, chief executive officer at the Nevada Association of Employers.

“Every day at least one panicked employer was like, ‘We can’t fill these positions,’” he said.

Towler estimated more than half of his members have quit testing candidates because it was too difficult to find people who could pass the marijuana screening.

Caesar’s Entertainment, one of Nevada’s largest casinos and employers, announced last year that it would no longer test candidates for marijuana. A company spokesperson called it “counterproductive” and acknowledged they may be missing good candidates due to the issue, according to media reports.

Towler described it as a watershed moment and hiring managers across the state quickly followed suit.

“Once Caesars announced … that kind of took the taboo out of it,” Towler said. “It’s still pretty secretive. (Companies) don’t want to put it on the billboard, but they’re saying it’s the reality of our work life now.”

Towler said companies in Nevada, one of 10 states where recreational marijuana use is legal, were not prepared when voters approved the controversial change in 2016.

“Because they didn’t have a plan,” Towler said. “That’s why you have to have a plan.”

Unlike gaming or hospitality, companies in some industries across the nation will not have a choice.

For example, drivers at Walter’s Recycling in Blaine are bound by the U.S. Department of Transportation’s zero tolerance on marijuana, because in the eyes of the federal government, the drug is still illegal.

“We still have to follow the federal law,” said Cori Lee, the company’s human resources manager.

Representatives of multiple other Minnesota businesses surveyed by 5 INVESTIGATES stated they will continue to disqualify candidates who use marijuana because of safety and liability reasons.

“They could kill someone if they are under the influence,” McCord said. “The production needs to be safe … it’s going to get us more issues in the workplace.”

McCord said her clients will “absolutely” continue to test for marijuana.

However, in Nevada, even those in safety-sensitive industries, like manufacturing, eventually bent the rules as they struggled to fill positions.

Towler said companies started to tell failing candidates to return in a few weeks for a second test after traces of the drug had more time to leave their system.

“My advice would be, think about plan B,” Towler said.

He said companies in Minnesota should start preparing now for what he calls the biggest issue in his lifetime.

“It’s hit every employer because there isn’t an employer who doesn’t have to ask themselves, ‘What are we going to do?’”