The Hennepin County Attorney’s Office says it is reviewing a report prepared by the University of Minnesota after an investigation into accusations against several Gophers football players.

The 80-page report details what the university’s Office of Equal Opportunity and Affirmative Action investigation concluded after looking into allegations of sexual misconduct involving football players and a female student at a Dinkytown apartment on Sept. 2.

A source told 5 EYEWITNESS NEWS that the university’s EOAA office sent letters to all 10 players with recommended disciplinary actions. 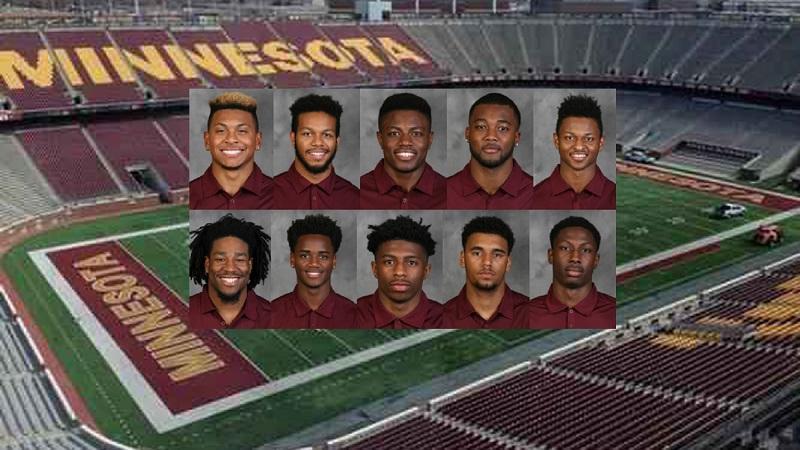 5 EYEWITNESS NEWS obtained the EOAA report last week and released it Friday, along with the Minneapolis Police Department’s report.

In October, the Hennepin County Attorney’s Office declined to file charges in the case. After that decision, County Attorney Mike Freeman’s office provided 5 EYEWITNESS NEWS with the following statement about the case.

"The Hennepin County Attorney’s Office reviewed a case investigated and submitted by Minneapolis Police against several Minnesota Gopher Football players. Based on the evidence available, the county attorney’s office is declining to file any charges. There is insufficient admissible evidence for prosecutors to prove beyond a reasonable doubt that either force was used or that the victim was physically helpless as defined by law in the sexual encounter. This office will have no further comment on the case."

In reviewing the EOAA report, 5 EYEWITNESS NEWS dug into the many questions swirling around the investigation and the differences between the two reports.

The evidence reviewed by university investigators and police appear to be different, including cellphone video of the alleged sexual incident.

Minneapolis police had three video clips from a player’s phone, including one that was 8 seconds; the other two totaled 92 seconds, according to the police report.

Instead, records show the EOAA obtained a redacted version of MPD’s description of the 90-second video.

In its more than 80-page investigation, it appears EOAA investigators questioned at least 12 players and 16 other students, while the 23-page Minneapolis police report mentions at least five athletes interviewed along with the woman.

The county attorney’s office said Tuesday it had no further comment beyond that it had obtained the report and was reviewing it.

Chaloux asked, “Are you surprised that Freeman wants to look at that file?"

“No, I’m not and prosecutorial decision is subject to reconsideration upon receipt of new evidence, it’s that simple," Heffelfinger said.

But how much weight the county attorney’s office will put into the University’s findings Heffelfinger said is yet to be seen.

“As long as the new evidence is admissible, in other words no indication that someone’s constitutional rights were violated,” Heffelfinger said. “The prosecutor is free to look at that whether their initial decision should be changed."

Investigators from the University of Minnesota’s Office of Equal Opportunity and Affirmative Action wrote in their final report that the Hennepin County Attorney’s office did not share evidence with the University.

"It does surprise me to an extent but I’m not shocked by it,"Dr. David Ridpath, sports administration professor at Ohio University, said about the county attorney’s office new review.

Ridpath, a former college wrestling coach and later a university investigator used to conduct the very same type of investigations just completed at Minnesota, while he worked at other academic institutions.

"If I felt something had happened using the standard of more likely than not, we could take action under student code of conduct," Ridpath said.

The standard of evidence Ridpath mentioned, is a different one than law enforcement and the county attorney used in their review of the player incident back in October, when charges were not filed in the case.

"I know Minnesota has had its issues over the years, with regards to athletics issues, but that report is one of the better ones I’ve read," Ridpath said.

The players have appealed the university’s findings; we’ve yet to hear back from their attorney on this new development.

The father of one of the suspended players, Ray Buford Sr., told 5 EYEWITNESS NEWS via Twitter that what he wants to come out of the county attorney’s new look at the file, he says is "the truth."