A northern Minnesota sheriff’s office has been ordered by a labor arbitrator to reinstate a deputy back to the force after being fired for a 2015 DUI conviction, according to public records.

Today, despite his driving record, Ohren is transporting jail inmates around northern Minnesota in a sheriff’s vehicle, not being assigned to respond to 911 calls or crimes due to his credibility being subject to question should he ever have to testify in court.

While Ohren must blow into a breathalyzer before he can start his car going to and from work, the deputy doesn’t have to when he is driving on county time.

"Yeah, it’s a tough spot, the decision that came down,” Sheriff Douglas Krier said in a recent interview. “We’re abiding by the decision." 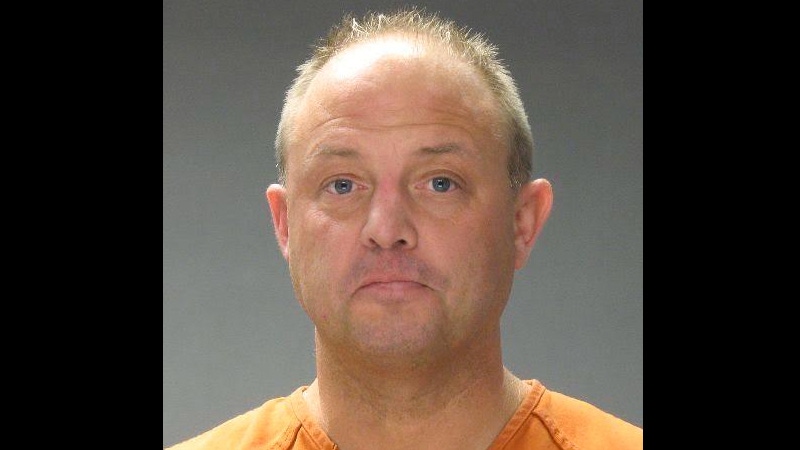 Mahnomen County officials learned after they fired Deputy Richard Ohren in December that he had another DUI conviction that was missed on a Minnesota Bureau of Criminal Apprehension (BCA) check, bringing his total of related driving offenses to four, according to public records.

"We don’t like this is as a county board, myself personally as a commissioner," said Brad Athmann who sits on the Mahnomen Board of Commissioners. "This is liberal Minnesota, we’re going to give everyone a chance four or five times, I guess?"

Athmann, a former sheriff, said he wants the legislature to re-examine labor arbitration matters specific to law enforcement officers who fight to earn back their jobs, especially because the arbitrator’s decision is binding and leaves no room for an appeal.

"His (the arbitrator’s) word is final there is no place to go with this, this is a red flag," Athmann said.

In the arbitration, the county argued Ohren’s convictions translated into "a pattern of disregard for the very laws he has sworn to uphold."

In contrast, the law enforcement union argued Ohren should not have been fired because prior to his latest DUI conviction he had "never received any discipline whatsoever."


Arbitrator David S. Paull wrote in his finding that the cases presented a "challenging dilemma" and that Ohren "has committed one of the most severe offenses a law enforcement officer can commit."

The arbitrator felt there were less severe punishments available instead of firing him.

"…Mr. Ohren was, by all accounts, a most competent officer who gave his all to his job" Paull wrote, adding that ". . . he has taken responsibility for his actions” and attends Alcoholics Anonymous meetings.

Outside the sheriff’s office, Ohren told 5 EYEWITNESS NEWS reporter Eric Chaloux last week that he did not want to speak with him about his job situation.

DRIVING WITHOUT AN INTERLOCK

Ohren must blow into an alcohol detecting interlock as part of his court punishment any time he drives to and from work.

"If you put the machine in one car, why is it not in the other car for work? Chaloux asked County commissioner Athmann.

"Good question, I think maybe it should have been,” Athmann said. “I’ll go back to what I said before: why is he being reinstated in the first place?”

Sheriff Krier told Chaloux he never wanted the public to see the deputy blowing into an interlock.

"I believe law enforcement officers have to be held to a higher standard," Krier said.

But beyond his opinion, county officials said they were required by the arbitrator to apply for a waiver which would exempt Ohren from having to use an alcohol monitor in county vehicles.

The Minnesota Department of Public Safety (DPS) granted the employment exemption waiver, allowing the deputy to drive without an alcohol monitoring device while on duty.

According to the sheriff’s office, Ohren’s new duties include driving inmates housed in 14 other neighboring counties to hearings in Mahnomen, plus driving to serve court papers, and providing courthouse security a few days a week.

Chaloux asked the sheriff if he feels everything is going to be satisfactory with this deputy’s new duties.

Krier replied, “I hope everything is going to be okay.”

Currently, DPS has granted a total of 576 employer exemptions, but a spokesperson said the agency doesn’t track the occupations of those who are not forced to use the interlocks when driving a work vehicle.

In seeking his firing, Manhomen County had argued in arbitration that Ohren’s DUI record could damage his credibility as a witness in future court cases.

The county attorney added that Ohren’s credibility could have a negative impact on the county’s ability to win convictions.

The county, one of the poorest in Minnesota, has more than a dozen deputies to protect more than 5,400 people in an area of around 600 square miles in the northwestern part of the state.