Bus drivers in the Twin Cities are using duct tape to address a dangerous safety issue that Metro Transit has known about — and even warned drivers about — for several years but has yet to fix.

Records obtained by 5 INVESTIGATES show that large metal panels on the sides of some buses are prone to fly open while en route, leaving a three-foot piece of metal sticking out from the side of the bus like a giant knife.

The significance of this safety issue first came to light last year after an independent arbitrator reviewed a serious accident involving a Metro Transit bus and determined the agency has not done enough to keep those panels from popping open.

During that review, a transit official admitted that some drivers have resorted to carrying duct tape in case panels come loose during their routes.

A Metro Transit spokesperson said the agency is not tracking exactly how many buses have experienced this problem, but confirmed those panels have caused property damage at least eight times since 2016. 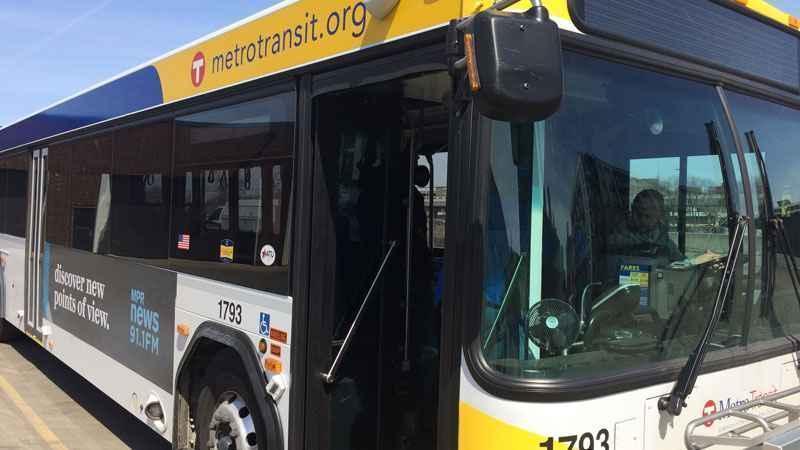 “What it is, I believe, is the buses travel miles and miles and the panels become loose,” said Metro Transit Spokesperson Howie Padilla, who added that nobody has been hurt by any of the panels.

Surveillance video from one incident in the spring of 2019 shows the commotion on board as an open panel cut through a bus shelter, shattering the glass.

The incident was so dangerous that the independent arbitrator later said she feared someone could have been “decapitated.”

The driver of that bus was fired in part because he failed to notice in his mirror that the razor-thin panel had popped open, but his union said he was blamed for a dangerous safety issue that Metro Transit has failed to address for years.

“Thankfully, it didn’t come up near a passenger when they were trying to get on the bus,” said Ryan Timlin, president of Amalgamated Transit Union Local 10005, which represents drivers and mechanics. “We don’t want anybody to get hurt by these things,” he added.

5 INVESTIGATES found Metro Transit did not issue a safety alert to drivers until 2018 — two years after the agency first identified the dangerous hazard, according to internal records and transit officials.

While the agency now trains drivers and maintenance staff to keep a close eye on the panels and even shake them before every trip, officials admitted in arbitration records that they have not looked into adding any bolts to better secure the panels and prevent future accidents.

The Director of Bus Operations, Christy Bailly, acknowledged last year that some drivers are known to carry duct tape with them to “keep popped panels shut,” according to state records.

Kevin Weaver with U.S. Compliance, a company that helps organizations across the country navigate federal health and safety regulations, said the pattern of accidents is concerning.

“As a safety professional, you look at something like that, you have to be able to step in and say, ‘Well, wait, this could have hit a person, this could cause some serious damage, and this isn’t OK, we just got lucky this time,’” said Weaver, who has more than 20 years of experience helping companies avoid liability issues.

Padilla acknowledged the agency has not considered a more permanent fix and that drivers may have to keep using duct tape if panels pop open on their routes.

“Depending on what is left in [the driver’s] route, that’s an option,” he said.

Metro Transit canceled an interview last month with its head of bussing who is believed to have the best understanding of the ongoing safety issue.

Instead, 5 INVESTIGATES had to interview Padilla who was unable to provide a clear explanation for why the agency has not considered a more permanent fix.

After several weeks and emails, another spokesperson responded but still could not offer a clear explanation other than that adding bolts would get in the way of maintenance. She would not say whether other safety measures are necessary.

Weaver said the agency could avoid future liability issues by coming up with a better solution than duct tape.

“What if something happened?” Weaver said to 5 INVESTIGATES. “How would you even begin to explain that you’ve done everything to prevent it… but you have this nice window now where you can do something today and prevent that from ever occurring.”